Watching from the stands on Monday was overwhelmingly tough.

I sat at a stadium I greatly dislike, in seats that cost way too much considering how far you are away from the field, only to very quickly realise my team had not come back from their break.

I am not going to ignore what happened against the Dogs but at the same time I am not going to dwell on it either. It was disgusting, awful and embarrassing and that only sums up how us fans felt sitting in the stands hearing the friendly advice come our way from the Doggies supporters.

There are no words to adequately describe that performance but one comes close. “Entitled!” 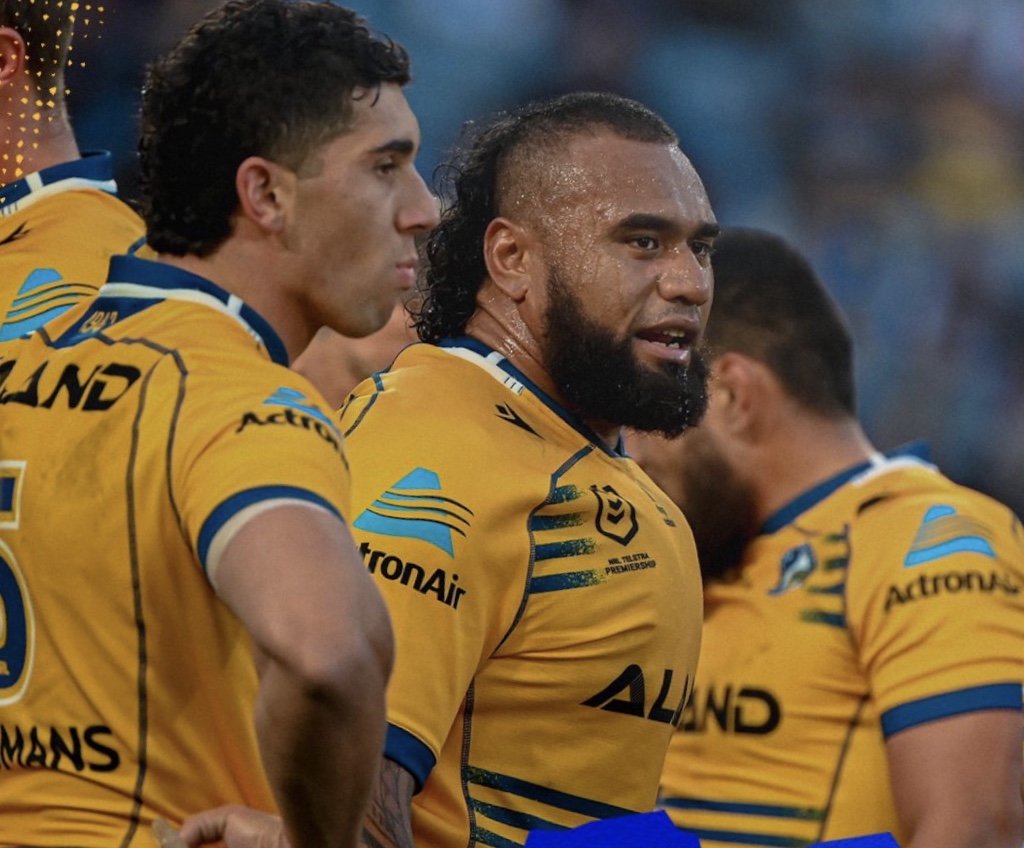 The pain of defeat

To me our team played as if they believed they were entitled to win and that the Dogs would just roll over. No genuine Parra or Doggies fan would ever think that. Anyone who thought the dogs would not have a genuine dig do not understand our great rivalry one little bit.

As a fan I have a choice to make about how I respond.

I can vent, as I and many others have. I can also hold views on who should and must be held accountable and I do. But none of that helps with this week’s game. So for this week my support will remain as strong as ever, but at the same time challenge our players to step up.

Our fan base has every right to have questions and be very disappointed by our last game. They have every right to question if our defensive flaws are ever going to be fixed. All of that is legitimate but come this Saturday I know the Blue and Gold army will stand up, wave our flags and support the boys and the club.

There will always be conflicting views about the team selected, or the game plan used, but once the whistle goes we are all united in our support. 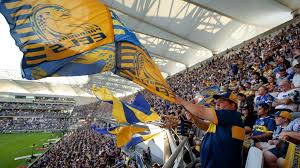 The challenge I put to our players is a simple one. Will they show as much resolve and belief as the 20 000 plus fans in attendance and the hundreds of thousands more who will watch on TV?

Will they have the same faith as their army of supporters? Will they have faith in the players they train alongside each and every day? Will they execute their role, however small or big, to help us navigate back into calm waters?

The NRL competition is a fascinating one. Form lines can be inconsistent and confusing. Consider how some teams struggle against others.

Over recent years our Eels have struggled to even compete with South Sydney yet we hold the wood over Melbourne, a team the Rabbitohs have not beaten in the last 10 games.

The point is, last Monday’s result should not impact how the Eels perform come September.

That should be the case, but only if the coaches and players alike face the truth as to why that loss happened. Any player that needs to be told what they did wrong should not be picked to play in our team again. It was painfully obvious for all to see.

Additionally, if they cannot admit and rectify why they failed to turn up they should not be part of our short or long term plans.

For all its complex moves and associated subtleties, rugby league remains an inherently simple game. The team that runs the hardest, kicks and chases the best and sticks to a game plan the longest will almost always succeed.

For us to succeed this week, our forwards must go forward all game, our outside backs must communicate and trust each other in both attack and defence. But most importantly our players need to embrace and accept how this team plays, and how we succeed.

If you want to throw the ball around and score flashy tries out on the wing go play for the Bunnies. That is not our game style, it is not how we win.

Earlier, I referred to the word ‘entitled.”

Our players are entitled to expect my support this week, and I’ll be in the stands once again, providing that support.

Monday’s result, and those two points, should not determine our success or failure this season. But if the lessons aren’t learnt and acted on, the reason for that loss will be the main reason our quest for a title will again remain out of reach.

Perfect summary Shelley….entitled…The frustrating thing is, I see us bouncing back (similar to how we bounced back against the tigers loss vs penrith). The worrying thing I am finding is Juniors form over the last few weeks. He is one of my fav players, but he needs to run hard and straight first..before he things about offloading or playing out the back. If there was any other fit props in NSW, he would have played himself out of a SOO jersey…Hopefully he gets a chance to get picked and showcase why he is the best prop in the game. I… Read more »

That’s the thing – I believe that this game SHOULD cost Junior his SOO spot. He wasn’t great in the first game . He is supposed to be the captain of the Eels. He and Gutho should have stopped the rot when it was beginning to spiral out of control but they didn’t. Junz just has step up and being a senior player, I reckon Fittler would be concerned that he was so meek during the loss and how that may continue in SOO.

While I agree to certain points in your post and we did play terrible Canterbury have shown in the last few seasons once their season is over iand the pressure is off they change their game plan to chuck the ball around and see if it sticks. The dogs will upset more teams before the home and away part of the season is out.

That may be, but they will never beat Penrith or Melbourne because of their professionalism, which is what we are lacking…

We just played Bulldogs back to form. Sadly, We gave them a training session that will hold them in good stead for the reminder of the season.
As a fan base do we really deserve to be given the same old excuse “didn’t turn up” after a capitulation like that?
What happens if everyone else didnt turn up for their job?
I am concerned!!

Tks Shelley, agree with it all. Unfortunately the evidence list is growing of an underlying problem. Last year a meltdown trigger was the relocation to Qld, including some stories of dissatisfaction with living arrangements. Other meltdowns were from smart ball players and speed in wide shifts(from all over the park)…this got better with Penisini’s elevation but the Dogs indicated problem not solved. How does losing 5 players(plus?) so far in advance, with all the agent, money, and media hooha, affect things? Anyway, this week awaits and there is evidence that we can reverse form in a week, hit the switch.

Always with the words of wisdom Shelley!

I agree with the comments here Shelley; for me it all starts with onfield leadership; its the players who played like this. TBH i feel we need one captain only. Junior to me is a player who leads, and i feel Gutho is not the best leader on the field, while being a good player. I would have had Moses lead at half as he seems to have the leadership when playing and smarts about him. It may seem harsh but this is how I see it; I also see BA and co made an error (some may say in… Read more »

I always worry when we have the week off. I remember a few years ago we got smashed by 50 against the Roosters at the SFS on Sunday afternoon after a bye and the boys got 5-6 days away. It is a hard one because the players need the rest, it is a job after all and there are some conditions put into the standard playing contract but history is the best predictor and our history says the week off spells danger for us the next week. I really respect Gutho so please don’t misunderstand this but at the ground… Read more »

Thank you for the reply and particularly the 2nd paragraph, and that should not occur often as capt. I feel we need a cool head and know Hodgson will do that next season, but think we need Moses too

I share your thinking on Hodgson. He didn’t look like age was a factor in his playing style, a change of scenery into a strong club and roster is perfect to refresh his quality skills base. The injury was plain bad luck.

It was a totally inept, meek performance. My great concern is the form and attitude of our captain. He seems disinterested. His performance on the the field does not conform with that of other form fullbacks. He rarely breaks the first tackle and has been found out defensively regularly. Looking at him at the post press conference we see a hounded expression with really poor body language – slumped shoulders and nothing positive to contribute. Maybe he needs some time away. I am concerned that the the gap between our best and worst is arguably the widest in the nrl.… Read more »

f you want to throw the ball around and score flashy tries out on the wing go play for the Bunnies. That is not our game style, it is not how we win.
Umm, we relied on our left wing for too long, found a way, then bleh

As always, that was well said. I will always cheer for Parra, but that performance was disgusting and it made our team look like a joke. We have plenty of players that have played and players that could play rep football yet we played like all of our players were worth far less. I get the criticism of B.A from people, but I didn’t realise that a 5 day break means that no-one knows how to pass. The team as a whole need to be hungry. Hungry to win and that they don’t care whether a team is at the… Read more »