There has already been plenty said about this match.

But above all else, a rewatch of the video of the Panthers trial is in order. It would be worthwhile for the Eels to remind themselves of how they play with a short passing game compared to the long passing game in evidence against the Sharks.

It seemed as though a full preseason of work came undone in this 80 minute performance. Parra just went away from what was working against the Panthers and in most parts against the Titans.

The Eels needed to play a bit smarter and win the middle. That then earns the right to play wider in opposition territory.

That aside, giving away penalties and territory at crucial times is just not smart footy. Plain and simple.

Yes I will point the finger at Ray Stone. Despite cannon ball tackles being under scrutiny, and despite the tackle being complete, he still hit the legs of the held player. This gave the Sharks the leg up and territory that they hadn’t earned, and they scored in the final play of the game.

But there were other penalties like that throughout the game that got the Sharks out of trouble.

It wasn’t a loss to lose your cool over, but it was disappointing as we know the Eels can play a lot better.

There were moments in the match that genuinely demonstrated what the 2022 Eels are capable of. No doubt over the new few weeks these moments will become more frequent.

Individually it was Isaiah Papali’i who led the charge with 152 run metres from 18 runs. Not far behind in a very good 5/8 performance was Dylan Brown. Dylan ran for 138 metres from 13 runs.

Other fine contributors were RCG with 118 running metres, and Makatoa with 111 running metres. For the backs, Waqa Blake and Bailey Simonsson ran for 122 metres apiece.

Parra’s running heat map below shows they had to make some hard yards from their own 20. However, they mustered enough metres to go into the Sharks territory. 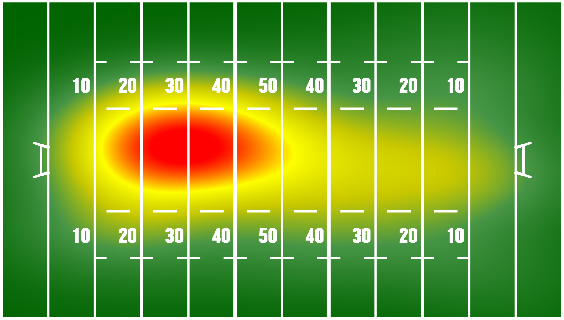 Parra’s set starts (below) were mainly deep in our end and although we did have a few set starts in the Sharks half, there was something missing in attack to convert this into points. 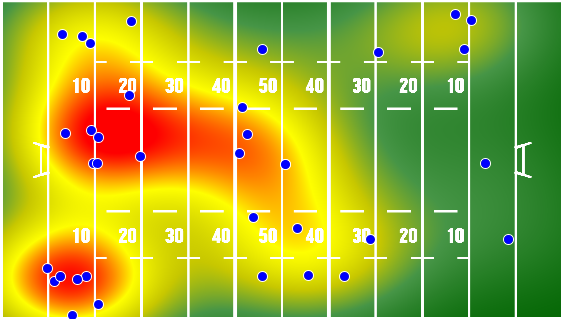 I wanted to show the Sharks set starts from the match (see below). They played the long game. They had only 4 set starts in the Eels half and they still came away with the win. Something to contemplate that’s for sure. 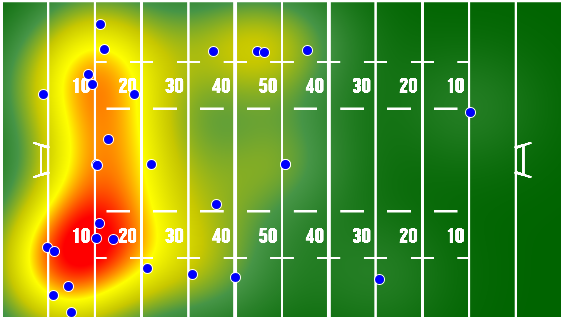 Discipline wise the Eels were pretty poor. As mentioned earlier, they just gave away dumb penalties and let the Sharks off the hook, losing any pressure they had applied.

Parra made 6 errors, conceded 8 penalties and gave up 1 set restart.

This map shows where Parramatta conceded their penalties. Every single one was a helping hand for the Sharks to get of their red zone. It was easy metres given away. 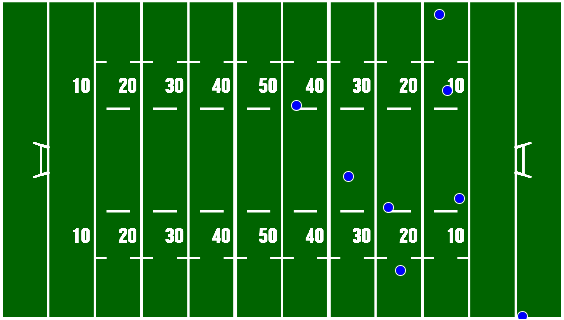 Defensively the Eels made 307 tackles but the 35 missed tackles and 19 ineffective was far too high. The overall tackle effectiveness was 85%.

Parra’s first contact in both opening games hasn’t been great and this is hurting the Eels as both the Titans and Sharks created easy second phase play and making us short in the defensive line.

Reed Mahoney topped the Eels tackle count with 37 tackles, followed closely by Papali’i with 36. Honourable shout out to Will Penisini who made 25 tackles with a lot of the Sharks attack thrown at him.

Time wise, the Eels achieved almost 46 minutes of game time in the Sharks half, including just over 25 minutes spent in the Sharks 20 metre zone.

Despite the Eels holding the majority of possession, field position and time, the Sharks outscored them by 4 tries to 2.

The award this week goes to Dylan Brown.

As mentioned, Dylan ran for 138 running metres from 13 runs, and had 43 possessions.

Defensively he made 21 tackles with zero misses.

It was a disappointing end to this game but Parra need to play smarter footy.

Emphasis should be on defence again this week as the Eels head to Melbourne. The A and B defenders need to be on high alert as Harry Grant will destroy the defence with his dummy half runs. He needs to be captured quick out the ruck to nullify his running game.

The Eels also need to address their first contact as the Storm could get an easy roll on if this isn’t rectified.

As an example, Bailey Simonsson had a much better game this week and his combination with Penisini is improving. Nonetheless he still needs to see more ball.

Waqa Blake on the wing probably played close to his best game in the Blue and Gold strip. He seemed to benefit from the service of Tom Opacic.

The penalty heat map, and the difference between the Eels and Sharks set starts is very telling!

Great read Colmac.
Sharks home coming was the story of the NRL leading up. It was an obvious home town stitch up by the NRL. But aside from that; missed/ineffective around 50 is very poor attitude. As much as I like him…But Ray Stone brain explosions are costing us.

We did “well” to overcome around 40 missed tackles and get a win over the Titans. You can’t expect to win with a count of 50. The ridiculous thing is we still should have, but that’s no platform to base wins from.

Like you I’m frustrated they came away from their preseason form as they looked so much better in attack and defense. And this was against the premiers for gods sake. Along with a halfback on the bench I hope these few rounds are just testing the waters for different play styles before getting back to what works.

The half on the bench was almost essential the way that Moses was targeted. He was banged up badly. For mine, the issue is the lack of authority in the middle. It started with the Sharks winning it against us in the first half. The previous week, we played touch footy in the first half. Our early tries against the Titans and Reg’s big game papered over the fact that the forwards didn’t get the job done in the first half.

Are you still at Champion Data, Colmac? Their site is now asking for login credentials but I don’t see anywhere I can sign up. Am I able to buy a subscription or is it orgs only? Cheers

Pou, yes I am still at CD. We have taken the match centre behind closed doors as someone was ‘skimming’ our data and was using it for commercial and financial gain.

At the moment we aren’t offering any subs yet. In the mean time, you can go to some of our clients websites where you can see our data on their match centres.

Thanks colmac – heat maps suggest the Eels squandered their territorial advantage. We can’t afford to repeat that this week

They do add an extra dimension to the analysis!