When the Parramatta Eels loaned away Daniel Alvaro and George Jennings to the New Zealand Warriors last week, in a token of good-will to the embattled franchise, you had to think the Eels were making this move armed with the knowledge that reinforcements were not far off. Lo and behold, Brad Arthur has delivered TLT wombo-combo by naming both Kane Evans and Oregon Kaufusi to the interchange bench.

Evans (Calf, Indefinite) and Kaufusi (Broken Hand, Rds 13-14) both return ahead of schedule in a monumental boost to Parramatta’s forward rotation. Having leaned heavily on the incredible durability and fortitude of their star duo in Junior Paulo and Reagan Campbell-Gillard for a prolonged period, Arthur can now simultaneously lighten their workload while also unleashing a devastating second wave combination in the ruck.

Their addition to a bench featuring star impact forward Marata Niukore, alongside the emergence of Andrew Davey in recent weeks suddenly gives the Eels a fearsome quartet to sick on the Dogs on Sunday afternoon. Naturally, there is some concern surrounding the fitness of Ryan Matterson who will need to pass concussion protocols to take his place in the team this week. Should he fail, look a combination of Davey and Brad Takairangi to share his load.

With a 10-day turnaround in their pocket, the Parramatta Eels should be attacking this game with a freshness and ferocity rarely afforded to any team in the brutal reality of a bye-less regulation season. While the Bulldogs are anchored to the bottom of the ladder, their last start victory over the Newcastle Knights will have them fired up for this fixture and everyone reading this blog is well aware that there are no easy games in the NRL. We only need to turn our minds back to Round 1 of this season and before that Round 23 of the 2019 season to remind ourselves that the boys from Belmore circle this game on their calendar.

Still, Parramatta can attack the Dogs from a number of angles at ANZ Stadium on Sunday. With Mitchell Moses back at the helm the Eels look to wear the home team down on the back of a punishing, if simple, game-plan to win the ruck and kick to the corners. Equally, they can call upon their dominant left-edge to blow the game open – assuming they manage to snap their recent habit of turning the ball over early in the game!

However, given that the Bulldogs have named a hooker and a utility on the bench, leaving only two forwards to work in relief, it does feel like Parramatta could blow the game open with their second wave of forwards on Sunday. With Paulo and Campbell-Gillard absorbing all the early pressure, the likes of Niukore, Evans and Kaufusi have the potential to run amuck against fatiguing Canterbury middles.

Parramatta did well to fight their way to win against the Tigers in Round 11 but this needs to be their ‘get right’ game as they enter the business end of the season. Fatigue and injuries have each played a part as errors and misexecution have crept into their game over the last month. Now they need to meet the Bulldogs with a clear mindset and aim for a complete 80-minute effort.

Would say this is the best eels team picked for a while now. If any concerns would primarily be with Evans as he has been out for a while now, but good to have him back. Will be a big toss up when Stone is ready as to who takes the 14 spot.

Great news also with MM, on the news tonight with an interview confirming he has a ne set of boots to wear, early retirement of last weeks levelling pair.

“Doc” Davey has been a real eye-opener, especially last week against the Tigers. Sometimes it just takes an opportunity to show what you can do for players to grasp the chance, and make it impossible to be left out in the future. Glad Doc persevered, he’s a beauty. A younger version of David Gower with same work ethic…

PP he looked a lot better than a second game rookie that is for sure. He will get even better as his confidence grows

Really pleased to see Davey keep his spot, I think he’s earned it with the maturity of his play. To me, he was more impressive than Stefano (plus of course he’s not signed elsewhere for next year) – nobody would’ve picked up that he’s a rookie at this level.

Really hoping for some warm dry weather, and a bit of Parra-ball!

Andy has the confidence of a 28 year old NRL player. Obviously, he will still learn plenty, but he plays a fairly self assured game. He’s been a leader and it shows.

I LIke our team for this game; and hope Matterson is ok. It will be a tough affair this week as C’bury never give us a tough game and now they are playing with next yrs coach in mind (some anyway). Our defence needs to be tight and we must be patient with the ball.
Forty I hope RCG and Paulo are fresh after last week, as that was a rugged game. We will need a v strong and hard working bench I feel.

As Forty has suggested, this weeks bench allows BA to lighten Junior and RCG’s load.

Strong team list, the bench is a statement. I like the idea of blowing the game open through the middle – particularly against the Dogs

By the looks of the Bulldogs picking Jack cogger the dog’s think they will be able to turn around our big pack of forward’s. I Think this is a Game where our right side will be the dominant side of the field I think our bigger outside back’s in Ferguson and Waqa will see some clear space if given some early Clean ball. I’m thinking Tim lafai is more prone to defencive errors. His reading of play’s This game will be won with our forward’s again. Once RCG n junior Paulo lay the foundation up front we can then bring… Read more »

What a wonderful turn of events for the mighty Eels this week. a) 10 day break. b) big boppers with ball skills back on the bench. Evans and Oggy. c) MM back with the team training routine for his 2nd game back. d) Andrew Davey is as 60’s said “playing like a 28yr old NRL player. e) Even if Matterson is rested for another week ditto 60’s again. f) Marata just doing a middle forward role without pressure, how good. And I didn’t have to mention any of our regular game breakers which we have right across the park. Mitch… Read more »

You should look for the name your own line market in the TAB odds. You can probably find lines better than 13+ to increase the returns on your punt.

Thanks mate, I would love to do that but my account with BetEasy doesn’t seem to have those options.

Has anyone looked at the NRL Head to Head. I can’t say I have ever seen stats that reflect each other as in a mirror reflection.
This game is not a given but a good walloping wIn, depending on other results (Manly/Penrith), could put us back on top.
Teams with premiership ambitions don’t lose these ones.
Good team selection looking to a very positive result.

I honestly see a challenging game because the Dogs always lift beyond their abilities against us. But the players need a positive mindset that sticking to game plans and bringing the energy will produce a result for Parra.

Yes. Just like the Panthers. And we are such a lovable team. I don’t get it.

The Riff just have it in their DNA to hate us. I’ve had two unprovoked incidents with Riff fans in my last couple of trips to Penrith Park. The last time, my mate Trouser and I had a few of their fans verballing us as we stood talking after the win, and then someone threw a coin at us! Cheapskates threw silver not gold…

I go back to 1958, as a child, my earliest memory of following Parra. The away games were the worst. Souths and Manly. As a child Rex Mossop use to frightened me but the crowds when they were not against Parra it was the referee.
I was there the day Keith Page got knocked over and he really deserved it. He had a shocker of a game They put the wire fence up after that. The other teams really hated coming to Cumberland Oval. The dressing room was torture for them with the crowd on the roar.

There was also barbed wire on some rows near the top.

There was, Parra fans had a reputation for being a wild bunch. Players genuinely feared coming to Cumberland Oval.
They were great days.

Watched footage of that game recently. You could hear the crowd start chanting “kill the ref”. Not surprised the wire went up.

I guess the eels supporters have settled a lot since those days, more so in their expressions of feelings towards the thick skinned refs these days. Could one imagine the media beat up if that chant went up again in this modern political correct society? Not sure though who was the worse ref back in those days, between Holman and Page especially for the eels. Was at Lidcombe oval at a game against Wests with Holman in charge, and didn’t he give the eels a hard time with his whistle, by half time many of the eels supporters had walked… Read more »

Are you sure they were coins? You should have worn your Shintaro costume 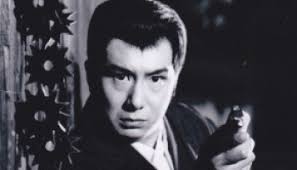 This is the best line up I’ve seen named by the club in decades. I’m hoping that we can keep this entire team for the next few weeks at least and get some game time into our younger players and those returning from injury, leading into the Storm game. I’m also hoping that we see this team stay focussed and put it all together for at least 70 minutes as we’ve had lapses in most games this season and it’s a credit to the boys that we sit where we do on the ladder. If we see this line up… Read more »

It’s a strong looking bench isn’t it! And Ray Stone is only a week away from being available!

You feel like you’re saying ‘two plus two is four’ and wanting to be called a genius, but we need composure and pressure because on paper we’ve got the roster to cash in. The opposition is usually the problem but we’ve also self-damaged, just lighten up on that score and whilst a team like the Dogs may compete hard, they’re looking a bit like us in 2018.Hopefully their occasional upset was last week.

Well said BDon, especially your reference to the Doggies looking like us in 2018. Very similar in fact. I recall, Parra competing in 3 of every 4 games with a real chance of winning every 3rd or 4th game but were destined as the doggies are to fall short.
If the comparison continues we’ll smash’em by 40 methinks!