Located alongside Northmead and Baulkham Hills, Winston Hills sits close to the heart of the Parramatta Eels catchment area. How appropriate then that the Winston Hills Tigers Junior Rugby League Club sits at the heart of its community, and it’s a relationship which has existed since the origin of both the suburb and the club.

Just a couple of years ago, the Tigers celebrated their 50th anniversary. Whilst such an anniversary in itself should be seen as significant, the milestone actually highlights the Tigers close ties to the community. The Cumberland Throw spoke with Tigers President, Steve Mills, to find out more about this family focussed club. 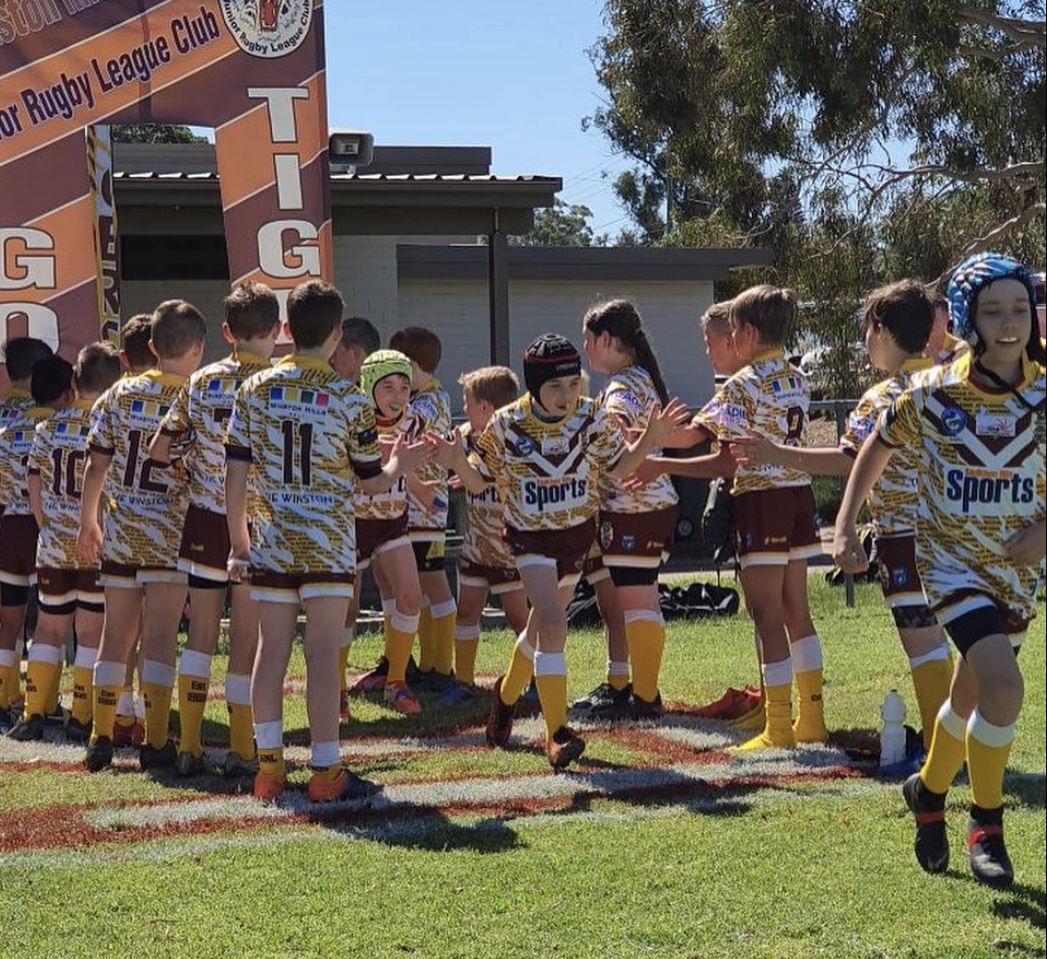 The suburb of Winston Hills had its beginnings around 1965 when Hookers Corporation turned Model Farms into a modern suburban district. Not long after, the Winston Hills Progress Association was formed by residents, and amongst its priorities was making sure that open space, parks and playing fields were set aside for sport and recreation.

After being instrumental in getting fields set aside for football in the newly created suburb, Ted then linked up with George Johnson who had a team ready to play. So, in 1969 the Winston Hills Tigers Club was born, and in 1970 they took to the fields for the first time, with George as the foundation coach and Ted as the President and Secretary.

A young suburb now had its own rugby league club. 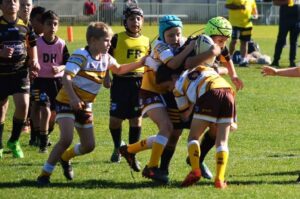 The Tigers defence in action

Ted’s wife Kathleen became the first president of the Ladies Auxiliary and Ted would go on to serve the club long after his own children stopped playing. In 1981, Ted was awarded the Order of Australia (OAM) for his contribution to Sport.

The honour bestowed upon Ted Weidner is something that gives the Tigers great pride.

After commencing with just one team, in jerseys donated by LJ Hooker, the Winston Hills Tigers boomed through the 70s and 80s, fielding as many as 18 to 20 teams.

Today the Tigers field age sides from under 6 to under 18, with over 100 junior players registered. The growth in the number of young girls playing rugby league has the Tigers very keen to field girls teams in the near future.

The families within the club make the Tigers so important to the community, and likewise the bonds extend far beyond just football. 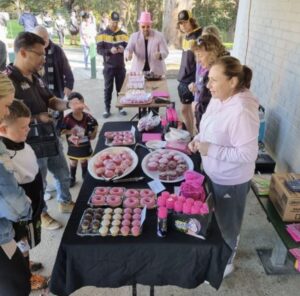 Celebrating Women in League Round

Steve Mills, who has been involved with the club for over 25 years, explains, “The Tigers help to bring a sense of belonging to the community. Everybody feels like they are part of the club and know each other. The families within the club make it a community. There are a lot of activities which all of the teams do outside of playing rugby league, so great friendships are formed.”

Speaking of activities, the club will soon be conducting its annual Trivia Night. To be held on August 20, the night will raise funds for a team to travel to Queensland for both football and fun.

The origins of the trip date back to 1972 with an annual under 15 clash against a Queensland club, Brothers St Brendans. They played for a trophy, which became known as the Doug Henning Trophy in memory of the young Tigers player who tragically lost his life in a car accident.

Though the Brothers club no longer exists, the Tigers find a Queensland team to play against every year. If there are any junior clubs north of the border that are keen to establish a regular annual visit, the Tigers would be happy to hear from you.

Getting back to normality in a world impacted by COVID has been important for all junior sport and the Tigers have been no different. The pandemic certainly curtailed the club’s planned anniversary celebrations. But as Steve Mills emphasised, the Parramatta Eels were there to help them to navigate the many challenges.

“They were very good at keeping the clubs up to date with what was required and how to weather the storm. Club volunteers and sponsors were also vital. We’re very fortunate to have such loyal sponsors.” 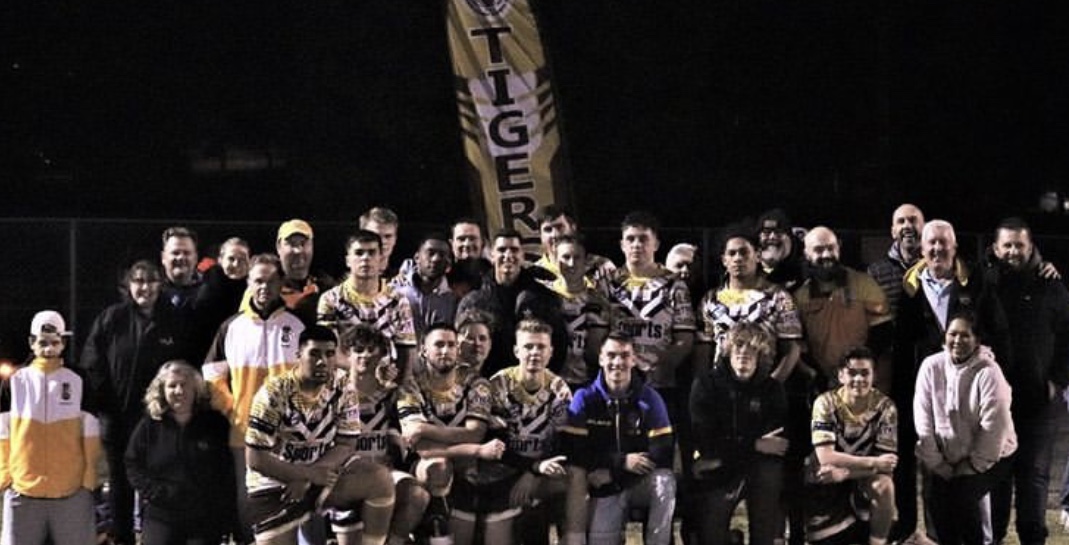 The ties that bind

Those volunteers, like in other clubs, are key to the Winston Hills community.

Steve continues, “They’ll beat others to the ground before 7am to set up and they’ll be there the whole day or come back during the day to help out. We have parents who will help turn a sausage, help in the canteen or just help the day run smoothly for everyone there.”

Nowadays, with a number of projects that the club is working on, Steve believes that having a good operating model is critical for a small club.

Parramatta Leagues Club, with their grant to all junior clubs, provide much needed financial support. “They’ve certainly been able to help us out over the years.” 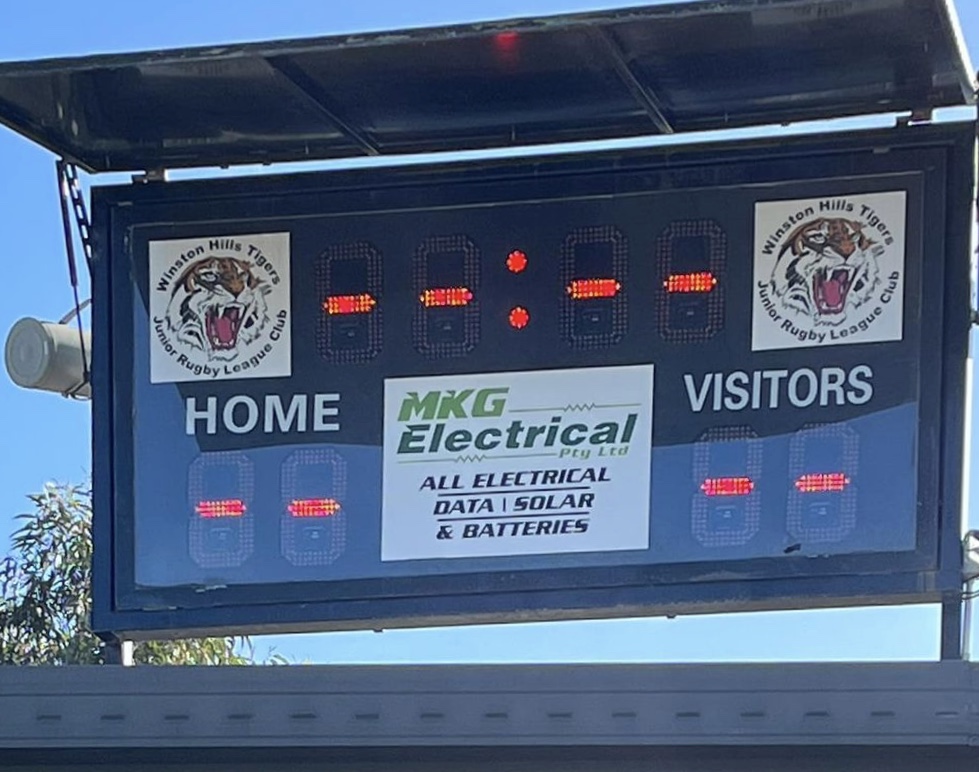 In addition to canteen sales and pub raffles, the Tigers receive further funding via the loyal support of long term sponsors such as Jigsaw Tax and Advisory, SP Rigging & Mechanical, Winston Hills Mall, The Winston, and Baulkham Hills Sports Club (the local arm of Bankstown Sports).

Getting involved with such a close knit, family focussed club would be appealing to sponsors, volunteers and players alike. If this sounds like you, the Winston Hills Tigers can be contacted via the website www.winstonhillstigers.com or by their Facebook or instagram pages.

Our full interview with Steve Mills will be available in The Tip Sheet podcast next week.

Model Farm, now that brings back memories, the buses from Parra Station out there into vegetable growing as the area took to the new era in many ways. How much farming could be done out that way these days? Thanks for the memories Sixties, from a 60’s era that I grew up in near to Redbank creek. 1965, I had left Northmead high as a first year student there and wanted out 1959, out to the PMG delivering telegrams then on to the railways as young Trainee Engineman and then appointed fireman in 1965. My head takes in the field… Read more »

I have similar memories Colin. Same high school. Playing footy at Redbank because that was my only option back then. Winston Hills is a terrific area. The Winston is like the Tigers clubhouse still.

I had that impression from talking to each club, Craig. Thank you for the read and reply.