Back on the 21st March 2018, after watching Parra’s painful and embarrassing Round 2 loss to Manly at Brookie, I wrote the following:

“ Integrity, Respect, Excellence (and Honesty) – find this in your performance, restore the pride – and we’ll be in the stands cheering you on.”

BA had finished an interview from his home on a Monday night for 100% footy. In the interview he backed his players but also apologised to the fans for the embarrassing performance. He stood up and did not go into hiding. He was honest, showed integrity but also maintained a respect for, and belief in, his players. He was professional.

Any organisation that is not built on those core values of demanding integrity, respect, excellence and honesty will crumble when faced with adversity and/or disappointment with failure.

At work, I am in a well paid and highly pressurised leadership position and with that comes responsibility; a responsibility that has very clear  expectations about behaviour. I am rightly judged on my ability to meet those expectations, and on my willingness to also hold my colleagues to them, regardless of the closeness of relationships.

Brad Arthur has similar responsibilities. He has successfully put his emotions aside, steering the Eels to important wins whilst playing down the abuse directed towards his son Jake. 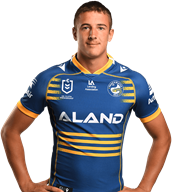 Hearing the disrespect directed at Jake from a small section of the fan base, then dealing with a media keen to discuss his thoughts on this, would have been very demanding for Brad and the family, but the rewards were there to see on Friday.

A young man played well, and with a smile on his face. His joy was matched by teammates who celebrated his ability and had his back before, during and after the game. I might just argue that my smile was just as big.

Many times this season, our coach and players could have let their emotions get the better of them. They could have publicly slammed our supporters whose actions towards Jake were unfair, but what would that have achieved?

Any player backlash had the potential to destroy our season, divide the club and derail future goals.

Instead, BA and his players treated our club and the majority of supporters with integrity and respect. They protected Jake and at the same time acknowledged and showed respect towards the many thousands of fans who do nothing but support and cheer on our players through the ups and downs.

Perhaps the current Eels bounce back might not have been impossible had BA not held his nerve. Thankfully, he remained professional, put his emotions aside, and as the head coach put the team and club first.

Let’s contrast Arthur’s responses to that of Ricky Stuart.

One was professional and team orientated. The other was anything but that. There was no unity. No club or team first approach. 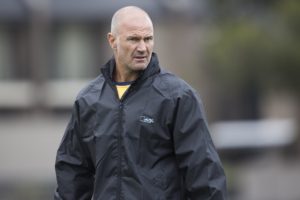 Coaching your son is not an easy path. But BA won’t be the first or last to do so. A coach’s son is often held to a higher standard, both by the father and by the fan base. The father inside the coach will still feel proud – see Ivan Cleary’s reactions to Nathan’s achievements or BA’s response to Jake’s successful debut. But make no mistake, these coaches wrestle with the selection of their son more than they would any other player. That’s human nature.

As leaders of men, NRL coaches are highly paid and with that comes responsibilities for the entire football club. Over his tenure at our club Brad Arthur has more than owned those responsibilities.

On the weekend Ricky Stuart did not.

Ricky Stuart is a human being and we all make mistakes. Everyone does and I believe we all should be afforded the opportunity to make amends.

But for that to happen you need a healthy level of integrity and honesty.

Stuart’s behaviour and lack of professionalism was astounding, and that’s something for the Raiders and the NRL to sort out. However, the response from too many in the media should be a concern for us all. The bias on display is a cancer that needs to be cut from our game.

Though we have all witnessed Stuart’s media friends downplay his actions and failures during his coaching career, it’s actually hard to believe that in this instance there would be any commentators or journalists reluctant to call out Ricky for being wrong.

There should be no excuses offered. No selective snippets of back stories about Jaemon Salmon to muddy the water.

Quite simply, a highly paid head coach of the NRL cannot do what Stuart did.

Thankfully, Cooper Cronk rightly said that there is a line you cannot cross. Ricky Stuart crossed that line. 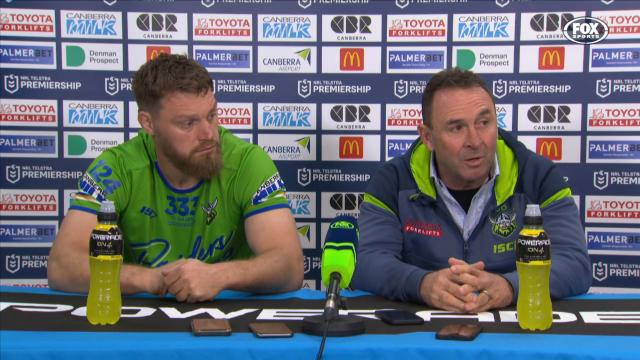 That presser (image via Foxsports)

Over the last two seasons the Raiders have been predicted to shine but have failed to do so because they lack composure, they lack discipline and they struggle to follow a game plan. After watching Ricky Stuart’s vindictive spray on Saturday night, how could he hold any credibility to address composure and discipline with his playing group?

I hope our Eels never get to the point of covering up mistakes via friends in the media. There’s no learning in that. In the end any lack of accountability, integrity or honesty will catch up with you both on the field and off.

I’m grateful that our football team is led by a person who expects and behaves in a way that has integrity, honesty, respect and drives excellence.

Fans may not always agree with BA and his team selections or game plans, but I will take his level of professionalism any day of the week.

Well said…… Without even having to watch NRL 360 tonight I’m guessing Stuart’s mouthpiece in Paul Kent (could say something else about him but that is lowering myself to that level) it would of been a love in from that side of the table. Watching the game Friday night Jake had some errors in defence but learnt from them in the second half. Overall Jakes game was of first grade standard and can only go up from there in my opinion.

Great article Shelley, thank you. I, for one, do not understand the BA hate…He has the team ready to ‘peak’ at the right end of the season – a Bart Cummins type Melbourne Cup preparation.
It ain’t over until its over…

I’ll get on my soapbox and say that rugby league journalism does not serve rugby league. It is a mess of conflict of interests driven by egos and agendas that promotes conflict rather then genuine interest driven reporting. With few exceptions, rugby league media is a bunch of sycophantic, emotionally stunted man babies with little self awareness that peddle gossip and needless conflict rather than insight. Frankly I think the Eels would be better off not having any “friends” in the media. Let them write what they want to write. They do anyway.

Well said. I would say that you hit the key points.

We don’t have to worry about people in the media covering up for us…. Parra doesn’t have any friends there!

Thanks Shelly and well said, look to be honest what Ricky said was v poor and not a great look. Am I surprised ? Not overly and he should be dealt with but I am not going to go over the top on what he said, and I am not a fan of him tbh. It was a poor look. I also do not know what’s occurred history wise but he looked v unprofessional. We speak of integrity and I have to say a few more so called coaches could’ve been labeled in similar ways but in reference to how… Read more »

do we have any friends in the media?
they flatter us when we win but they love laying the boot in when we lose

Tks Shelley. The way Brad Arthur conducts himself has been consistently top level over many years now, a credit to him, great for the club and RL. Stuart has let himself, his club and RL down.The theory about RL being a world of extremes jumping right out at us. I don’t know if anyone else had a second look at Salmon’s actions, but you get the impression he lashed out with his feet yes, but it looked a bit random, not targeted or intentional, Starling was straddling one leg and Salmon was trying to go with the first commandment, get… Read more »

Shelley writes another gold medal ‘From the Stands’.

Shelley, that’s a great post and thank you for it. Ricki Stewart, I believe has no rights really to be a coach in the NRL, I sincerely hope he cops a big hit from the NRL for breach in bringing the game into disrespect following the incident with young Jamael. He treats players and club supporters in a manner/way that few other coaches do, even the crook ones seem to have more respect and ownership of their teams and club, and the current debacle shows that up in the worst possible manner. Who as eels supporters and members could not… Read more »

Great read Shelley.
I seem to remember personal information about George Williams and John Bateman being leaked to the Sydney NRL media. I think whoever did the leaks must be a valued friend of the media and that’s why certain people are protected.
Luckily Parra doesn’t leak and that’s why we have no ‘friends’ in the media. Let’s keep it that way!