STATS THAT MATTA ROUND 20

It goes without saying that the numbers aren’t great this week. Parramatta were beaten all over the park by the Sydney Roosters enroute to the 28-0 finish.

With a minority stake of possession at 48% and a poor completion rate of just 66%, the Eels were unable to get anything going on Thursday night. Even when presented with early errors from the Roosters inside their own half and red-zone, Parramatta were unable to muster a point and really didn’t even look like bothering the score board attendant.

The Eels spent 36:15 in the Roosters half. Approximately half of that time was inside the Roosters 20. Again, this reflects the struggles that the Blue & Gold had in converting opportunities into points despite largely dominating the opening quarter of play.

The frustrating duality of Parramatta’s attack last night served only to ultimately restrict themselves. They equal parts reckless and cavalier as well as one-dimensional and predictable depending on where they were on the field.

The Parramatta Eels made a total of 2110 metres in Round 20. Of those 2100 odd metres, 1445 came in the form of running metres. The Sydney Roosters in contrast produced 1672 metres in reply with Joey Manu in particular a standout across both teams. Shaun Lane spearheaded the team for post contact metres with 59m after contact. Overall the Eels produced 538 PCM meaning that the lanky middle forward was worth over 10% of the total production.

The wayward offensive play of the Eels was reflected in the 18 offloads they slipped away without any great direction in particular as the team would only break the defensive line of the Roosters on the solitary occasion via Dylan Brown. 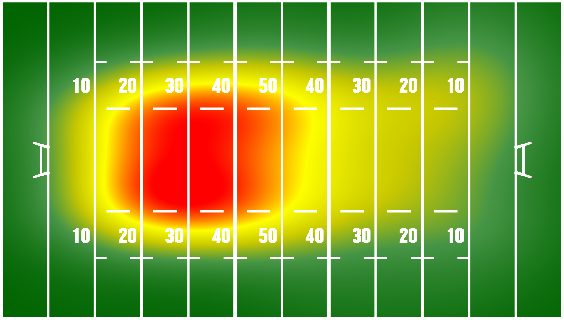 The maps this week are similar to the Raiders game in that majority of red is in our own half. Those sort of splits are always going to make a contest particularly difficult against another semi final side. 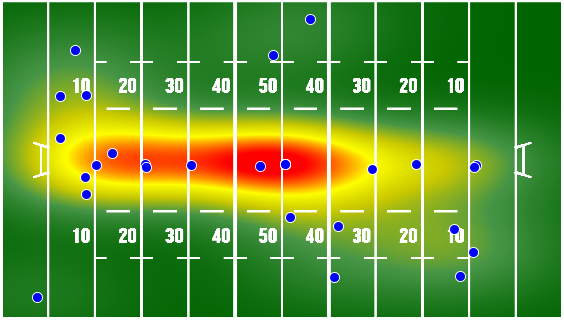 Although we fought for some decent territory to start our sets, it obviously amounted to nothing given our struggles inside the Roosters’ red-zone. This is pretty clearly the single most important area that the Eels need to improve upon based on the last two weeks.

The Eels made 353 tackles with 41 missed tackles and 11 ineffective tackles. That pegs the Blue & Gold at an overall tackle efficiency rating of 87%.

Reed Mahoney again topped the list with 45 tackles, followed by Papali’i and Matterson with 38 apiece.

Parramatta conceded 2 penalties and gave away only 1 ruck start while there were also no players on report for the second week in a row. The smallest of silver linings to a loss like that.

14 errors again plagued the Eels attack and continue to be a significant handbrake on the team’s overall offensive output. Key figures across the park were guilty here with Junior Paulo and Nathan Brown combining for 5 turnovers while the backline coughed up the ball 7 times.

Who can you point the finger at? Who didn’t do their job? Who didn’t step up? A number of questions need to be asked and answered after a loss like this.

We all make jokes at other teams when they miss one player, Manly – Tom Trbojevic, Penrith – Nathan Cleary. However, the loss of Mitchell Moses has proven to be a massive setback for the Eels. We just can’t do much in attack without his input with backline maneuvers looking stilted and clunky and a noticeable lack of ability to adapt to what defences are giving us.

I believe Jake Arthur is not up for the rigours of week-to-week NRL, which is reflective of his young age in such a demanding position. I would like to see him replaced in the halves from next week to get him out of these high leverage, incredibly high pressure situations. Ideally, Mitchell Moses will make his comeback but if not the team will have to look within for a solution so as not to burn young Jake out.

I am also of the opinion that Maika Sivo needs a spell as well. His runs just aren’t there anymore and are lacking impact. Watching the game last night I feel he was caught out of position and didn’t want to do the hard yards. You just cant play your power running game where you think you are going to score a try, the team needs you to provide early momentum in sets equally as much. You need to have that thought all over the park. Not just when you get the glory.

Parramatta’s gruelling run home means that they are going to have to fight for anything and everything moving forwards. That starts with a massive clash against the South Sydney Rabbitohs in Round 21 where the Eels need to cast off the struggles of the last two weeks as well as overcome a very tricky opponent in recent times.

Stats that Matta Player of the Week

Great analysis. Thanks for sharing. Here are some points I’d like to make: 1a) Jacob Arthur was no where near as bad as people are making out. He defended very well and after a poor opening 20 minutes, his confidence build as evidenced by his short kicking game should have led to two tries. With experience he will learn to take one extra step back when he has a second rower rushing him all night like Tunpouniua was. We had a 3 on 2 overlap outside him on a few of those occasions and all he needed was a fraction… Read more »

Good post Adam. Just on Sivo, he’s not much lighter than Warea Hargreaves and should have a look at how JWH uses leg speed to propel himself into tacklers,trying to force poor tackle execution and good body position, then ALWAYS seeks the quick play the ball, 100% every time…Maika that’s what first grade is all about.
Losing RCG had similar effect to using Marata as a replacement centre first then having him injured in first set as a middle last week.

Good metres & defensive numbers, lots of mistakes and 36 minutes in the roosters half for 0 points – damning number colmac. I’m not pointing the finger at JA, defended well & had a go – others might have put in a similar effort. Agree sivo is a shadow of his former self

Our heat map for set restarts is damning. One out running 5 metres either side of midpoint means the defence just has to jam up to stop us. We need to be more creative in this department.

Agreed Glenn, we have seen similar play for a while, and the level of errors was poor. Is this 2020 again? It seems like it and I think our draw is even harder than this time last season.
I feel we are in strife, as Souths, Melb etc. are all in good form, and while we have Moses back, i do not think DB is playing overly well.
I am not blaming JA at all, he has done his best, and is v young, but feel he should have been rested last week.