Last Friday night, as the final siren signalled the Eels progress to the 2022 Grand Final, I screamed an expletive of joy, then wept tears of the same. Strangers were hugging, their emotions on display for the world to see.

A title had not been won. Any celebrations were not complete. What was going on?

I’ve attended every Eels grand final, from the first in 1976 to the most recent in 2009. I’ve experienced the highs that premierships bring to supporters.

But somehow, the journey to the 2022 decider feels every bit as special as when Parra was trying to win their first. The time between titles has been far too long, yet it’s more than that.

That’s my personal take. All I can now do is explain why. I’m hoping many of you also share your story or emotions.

I was born in Parramatta Hospital. Raised in Northmead, walking distance to Cumberland. In primary school, despite being in the heart of Eels territory, barely any of my mates supported the Eels. The glamour clubs were Souths, St George, Easts and Manly. Those sides were permanent residents in finals footy. But my family were Parra to the core. My grandfather was born in the cottage alongside the Westmead gate to Parramatta Park. The street nearby bore their surname.

Cumberland Oval was decrepit, but it was home. Characters such as the phantom bugler became the stuff of legend.

At a young age I knew the embarrassment of my team winning a wooden spoon. Fortunately, I was only 15 when I watched my beloved Eels reached their first grand final. Though they didn’t take home the title, a new era had begun. 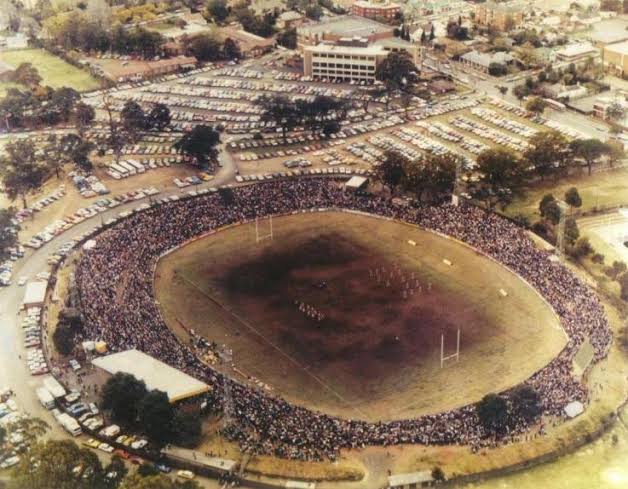 When that first title came in 1981, the witch was dead. My memories of standing on the SCG hill as Graeme Atkins raced away for the try that put Parra into the lead are vivid. My recall of the celebrations inside Parra Leagues are blurred by a beer filled haze. Others had a bonfire nearby.

The good times rolled on, but it all came to that screeching halt after the 1986 victory. It was no coincidence that Price and Cronin retired in that year, and Parra couldn’t qualify for the finals in the decade that followed.

I’ll be honest. I struggled with the team in the early to mid nineties. It was not easy to watch them perform so poorly.

The 2001 grand final defeat was difficult to get my head around. Parra’s youthful team had set a plethora of records. But they were a team of the future, better times would follow right? Yeah, nah.

Boardroom upheaval was already about in the lead up to 2009. The euphoria of a Hayne inspired, Moi Moi charged side was short lived. Coaches came and went. Internal politics drove the club to its knees. Wooden spoons were the reward. 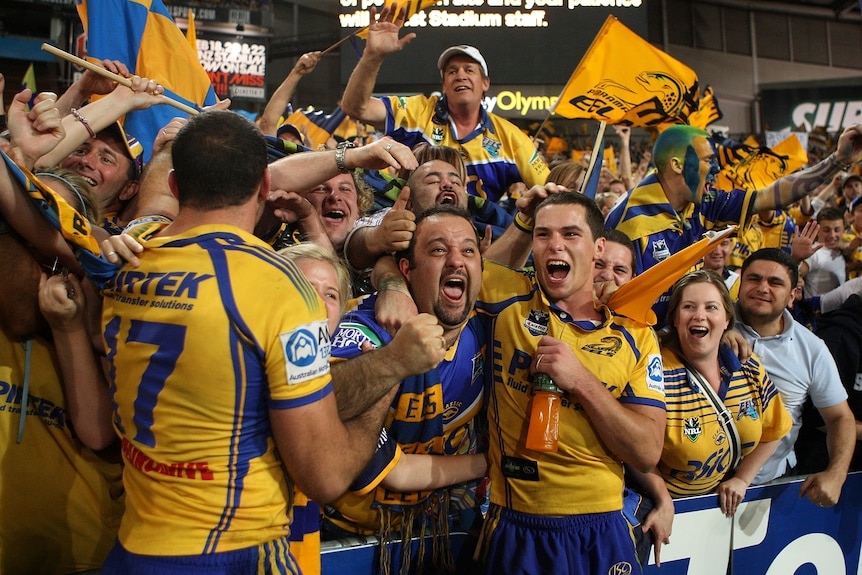 But if your blood is coloured Blue and Gold these times only make you tougher.

Personally, I pushed my support to a new level. Decades of following the Eels had led to many friendships. Some of those brought about the birth of The Cumberland Throw in late 2015. I wanted to share my passion for the club and make a difference. My fellow TCT founders and content creators felt similarly.

It wasn’t smooth sailing. The salary cap debacle of 2016 was followed by a spoon year of 2018. Somehow, the two blokes referred to recently by Ice as “a man and his dog” didn’t miss a training session that season. It was deflating.

But we knew that the right bloke in Brad Arthur was at the helm, the club administration had long term plans, and soon the fight for constitutional reform brought an end to the internal politics.

Even as I type this out around midday on Grand Final Day, the emotions are mounting once more. I’m about to head to Accor Stadium to watch both the NRLW and NRL Eels teams do us proud. 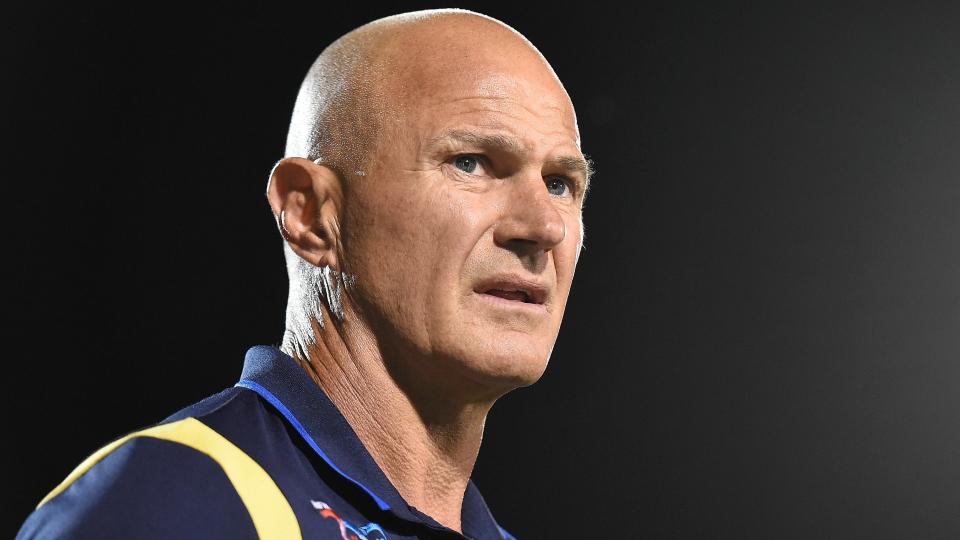 I’m full of gratitude for the people who have guided the club to a day like today. This is a time to stand together. There’s no room for saying “I told you so” to any of the doubters.

Grand final media has been full of the positive Parra stories that should feature regularly. The story of the Arthur family that we’ve shared in the past is finally known by the wider public, but more importantly, supporters are also better informed of just how far his care for his players and their families extends.

The greater Parramatta district and beyond has come alive. Australia has been without the life and energy that a successful Parramatta Eels club brings to the sporting landscape for far too long. This sporting giant has been awoken.

I’m not sure what the rest of the day has in store but my heart is bursting with emotion.

May today and tonight be everything you wish for!

It’s a weird feeling. If we win I will be ecstatic. If we lose I will be disappointed but happy that we got this far. Having said that, I’m quietly confident.

Brought tears to my eyes, mate. For real. My whole family walked with me to the local Bunnings dressed in our Parra gear this morning and so many cars drove past and honked their horns or yelled out support to us with the occasional “Go Panthers” thrown in for good measure too. I was nine last time Parra won the comp. We won or were in the finals all through the eighties in my memories, the best memories by far from my childhood. My oldest son is nine now too. I hope he and his brother, seven, get to have… Read more »

Good stuff 60s, thanks for everything you and the team put in, year round. I wonder if my uncle was the “phantom bugler” you refer to. He used to be a Parra die hard, loved his whole life in Parra / Dundas till the late 90s, then moved out west. I have a photo at mum and dads place somewhere with him walking out of a chopper on Cumberland oval with a bugle. I should ask him if it was him next we chat. He’s since lost interest in the sport though. Anyway, come-what-may this evening, it’s been quite the… Read more »

Sixties, my grandmother, Elizabeth Hainsworth, was born in the gate keepers house at the Westmead end of Parramatta Park, as well.

There is a bit of a sense of 1981 about today’s game. I just hope we get the same result. Everyone is writing us off, as they did against Newtown, but we managed to pull it off. A win will unlock the Eels territory and a sleeping giant. A loss will still be hard to take even considering nobody really expected us to get this far. Come on boys, dig deep just one more time today!

Thanks for sharing Sixties. When I was a young lad living up on the Northern Rivers I had become interested in footy and was looking for a team to support. A young, goal kicking centre had just joined Parra from the South Coast. We shared a last name so that was good enough for me. So I’ve been through it all since then like many of us. I missed a ticket for today but decided to watch the game with my best mate. He is a mad Souths supporter (as his his family) but on the bandwagon for this game… Read more »

Thanks so much Sixties and the rest of the TCT team for your sterling efforts again this year, very much appreciated and enjoyed.
I’m a little older than you but have also been to every eels GF as well as the ‘77 replay and every PF except last game. I’m going today but am in a panthers supporters bay so that should make for an interesting time.
Eight weeks ago I wouldn’t have thought a GF appearance was possible but here we are and are one hell of a chance of lifting the trophy.
Go those eels!!!

I have been to the top of the mountain, I have seeeeeeeen the promised land