The 2022 regular season rounds have finished on a high and the Eels have secured a top four spot and a second bite of the cherry.

It’s been a terrific end to the season, and the last three weeks have brought a belief that the fluctuating form of the Eels has been fixed.

Conceding a couple of tries in final minutes wasn’t a great way to end the clash, but the Eels did show grit and determination for the best part of 75 minutes. It was quality football.

With the forwards at their dominant best and both Dylan Brown and Mitchell Moses steering the side around, the Eels attacked the Storm from all parts of the field.

That’s something the Eels need to keep doing, especially against a fully fit Panthers next Friday night.

The Eels had 55% possession, and getting the greater share of the ball has been a very good trend of late for the Eels. They’ve held the ball and strangled the life out of their opponents.

Completions for the Eels came in at 78% (28 from 36 sets). A few instances of impatience and poor ball handling will give BA and his staff some coaching points for the week ahead. At least two tries were bombed in the first half.

Individually the Eels forwards led the way. Junior came off the back fence with 184 running metres, followed by fellow front rower RCG (167) and Shaun Lane (147). Gutho and Sivo topped the contribution from the backs with 138 and 119 metres respectively.

Another impressive heat map, not quite as amazing as the Broncos game but terrific nonetheless. There is plenty of yellow running deep into the Storm’s 20 metre area showing the Eels dominance in the middle.

Pitch this one against the Storm’s map below. Pretty impressive 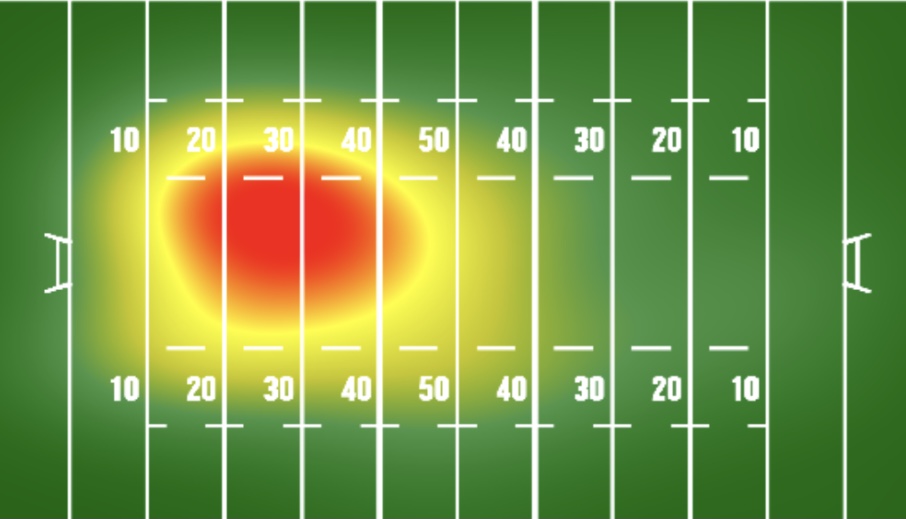 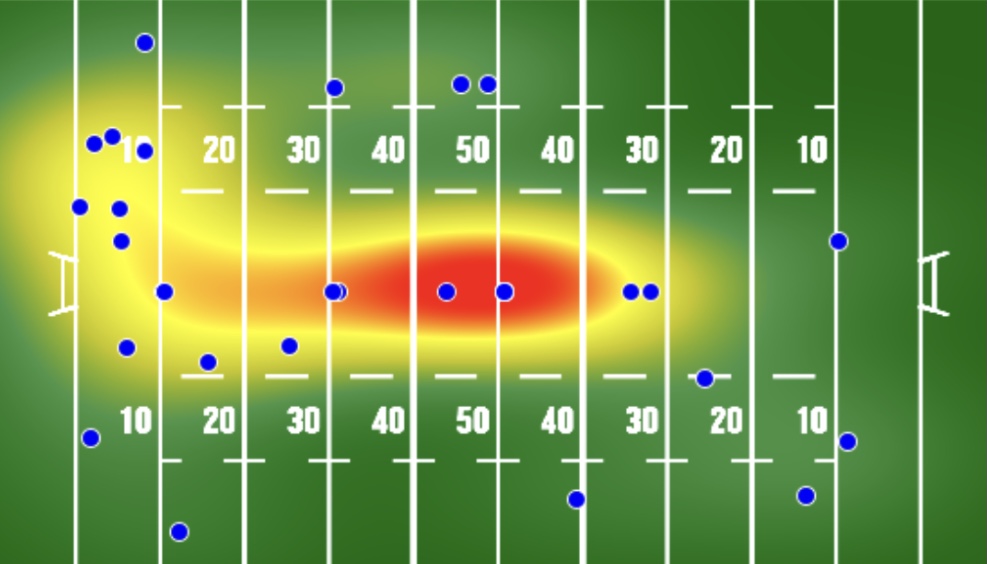 It’s interesting to note that majority of the Eels set starts were mid field. Usually, it’s more towards the goal line, but with the Eels controlling field position and keeping the Storm in their own end, the Storm had to kick deep in their own half, and without a decent field kicker, they just couldn’t get much distance from their long kicks.

This demonstrates how important Jahrome Hughes is to the Storm with his long kicking game. The total field dominance from the Eels was clear.

Parra made 305 tackles with 31 missed and 10 ineffective. This resulted in a tackle efficiency rating of 88.1%.

Again the Eels made less than their season average tackles, giving them more energy in attack.

And though it just registered as a single tackle, what about Mitchell Moses’ massive shot on Kenny Bromwich. It gets my vote for Tackle of the Year.

The Eels gave away 6 penalties and 2 ruck restart sets. They made 9 errors.

The Eels will end the year with the good boys gold star as the team who conceded the least amount of penalties all year. Parra were penalised just 118 times and their total of 5 players on report was also the lowest in the NRL.

Stat Player of the Match

This week I am going with the King’s co-captain – Junior Paulo.

Junz led by example against a tough Storm forward pack. His runs were hard and his tackling harder as he reminded that experts that the Parra forward pack is one to be feared.

The season has had its ups and downs, with great wins followed up by some poor losses. But ultimately, the Eels have finished top 4 and by virtue of that will be in the thick of the battle for the major prize.

Across the season, the Eels played 24 games winning 16 and losing 8. The points differential finished at +119. All said and done, the numbers point to a very good season.

After inflicting home and away defeats on the competition heavyweight Penrith and Melbourne, and the Roosters at home, the Eels should enter the finals serious confident about their chances.  Losses to the Sharks, Cowboys and Bunnies means that the Eels won’t get ahead of themselves.

I’m already pumped about week 1 of the finals. Bring on Friday night. Bring on the Panthers.

A pleasure to read Colmac.
You could say the game should have been billed Good v Evil. Ash Klein didn’t get the email.
Let’s keep seeing those heat maps going forward.
Just a great performance across the team sheet.
I think probably Juniors best game since Origin. Reg has been excellent and consistent and a Kangaroo tour must be in the offing.
Moses and Brown need to be resigned as a priority.
Enjoying the win so much but also can’t wait until next week’s final series.
Go Eels!!

Pete, on board about the heat maps. And if you invest heavily in your middle forwards, having them strike peak form for the finals is a must.

This may feel like it’s coming from left field but I thought they had put plans in place to negate the Lane & Papali’i threats but forgot Niukore. I reckon he was outstanding; one of his best this year.

Leigh, Marata has definitely found his mojo. He’s brought back the intimidation in both his hit ups and his defence.

100% Leigh, the storm outside defence was very quick which negated our backing prowess. Parra found some in-roads with short passes to Marata back on the inside. Good to see Reg throw a few passes too, means the opposition can’t load up on him.