Another week of Eels footy brings the same question.

Why can’t Parra find their best on a consistent basis?

Take out a 15 minute period in the second half, and I consider the performance against the Roosters to be quite poor. Really, Parra shouldn’t have got as close as they did.

Kudos to Mitchell Moses who was inspirational. That brilliant individual try involved incredible vision and deft touch. All I’ve been hearing about is Sam Walker’s try, but this one was so much better.

Unfortunately the team didn’t rise as a collective. They weren’t good enough in a match where the coach and the supporters were expecting much more.

That aside, we cannot ignore the officiating performance.

This isn’t referee bashing, but when a side is deliberately giving up set restart after set restart to slow the game down, when does the penalty and a sin bin come into play?

The Roosters conceded 3 penalties but gave up 8 set restarts including some that were back to back to back.

Referees usually go down the path of warning a team after consecutive restarts. I was also scratching my head that a couple of tackles in the air against Eels players went without penalty, something that the NRL has been strict on this year.

These are not excuses for a loss. But just as the Eels must be accountable for below standard games, so too must match officials be held accountable for their poor performances.

Possession was split 50-50 between the two sides. Parramatta completed at 86% with 31 from 36 sets completed.

Time in possession was also equally shared at 40 minutes each, including similar times in the opposition 20 metre zone – 21 minutes for the Roosters and 20 and a half minutes for the Eels.

For our forwards, it was the usual suspects with Matterson (146 run metres) and Papali’i (143rm) leading the charge.

Second phase footy was a feature with Parra executing 16 offloads.

In total, the Eels made 5 line breaks.

It was tough going with plenty of work required to dig deep out of our own end. No question about the effort exerted there. 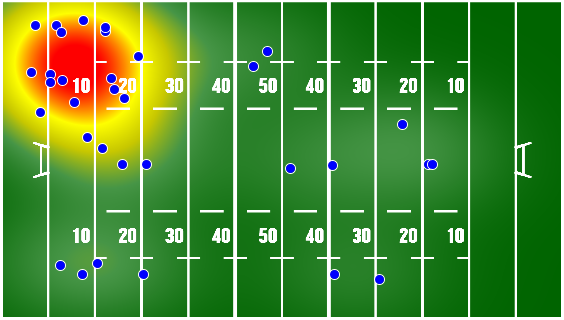 The Roosters just kept kicking to the left corner and made the Eels do some very tough yards. Consequently there were few set starts for the Eels to build pressure from.

The Eels made 330 tackles with 38 missed and 25 ineffective. The tackle efficiency rating of 83.9% is heading south once again with the missed and ineffective counts heading north.

Reed Mahoney led the way in defence with 43 tackles, followed by the Ice Man with 34 tackles and Matterson with 33.

The Eels discipline made for interesting reading. There was only one set restart, but the ref found fault in other parts of the field, ruling 6 penalties against Parra.  The error count was low at 5.

This might not be so strange for many teams but it is for the 2022 Eels. Parra used all 17 players in this match.

Mitchell Moses was the stand out player from this match.

He dragged the team out of what was looking like a very ordinary scoreline and with the help of Papali’i got the Eels back to within one point of the Roosters.

This was a game that we didn’t deserve to win, yet we came incredibly close to taking down the Roosters.

The Eels need to find that week in week out consistency to become serious title contenders. That means regular 80 minute performances.

There’s nothing wrong with being 6 and 4 after 10 rounds given three of those matches have involved the three highest favoured teams. With plenty of time left in the premiership race, time is on the Eels side to rectify those inconsistencies.

Expectations will be high that the Eels can start to turn that corner this week against a Sea Eagles side stung by their shellacking at the hands of the Broncos.

The Manly side were well and truly out played by Brisbane and will be looking for redemption. Their team list is going to be interesting. Tommy T was clearly in a lot of distress in Magic Round, but Dessy, being Dessy, said nothing was wrong with him.

The Eels should be well-placed to put Manly to the sword, especially at home in front of what should be a very large crowd.

Colmac thanks for another informative report.

As a matter of interest, what is our win record like playing with 8 days or longer between games.

Thanks Colmac I understand

Great work Colmac.
Our middles were dominated by JWH.
That set starts heat map is very interesting.
Robinson exposing a flaw, then keep going back there all day. Something Cronk said the good teams find a weakness and keep hammering it all day.
Thanks again