What a night to be an Eels supporter!

My family’s evening on the Riff hill was certainly “interesting”.

Being there to witness the encounter first hand, the overriding feeling was one of immense pride. But no matter where you watched the game, every Eels supporter would have felt the same way.

As we all know there are so many things that a sports person cannot control; the weather, the referees and their application of basic rules, the bounce of the ball and to some degree the brilliance of the opposition.

But you can control your attitude and desire. Parra’s power, resilience and composure was something to behold.

I sent Sixties a message at half time telling him how good it was at the ground. Watching the resilience shown by our boys, and hearing the Penrith crowd around us complaining about the referee at half time, made it a memorable, though very chilly night.

Parra’s performance was headlined by the strength of the forwards and the composure of the experienced playmakers. But I actually want to talk about something that really pleased me and gives me enormous faith for the continued development of our team. 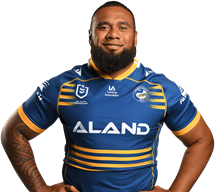 While it’s impossible to predict how someone will play come the finals, I have no doubt that experienced players like Junior, Guth, Moses, Matterson, Nathan Brown and Campbell-Gillard will not become overawed by the occasion.

But for our team to really compete come September and October there are two other pairs of players that will need to be able to hold their nerve and both these groups of players did so last Friday.

From the hill I can tell you that it was a hostile environment for anyone in blue and gold. There was immense pressure and to see our two most inexperienced spine players in Reed and Dylan hold their nerve, stay involved in the game and at times cause real headaches for the opposition was outstanding.

Reed did not have those little lapses in concentration leading to crucial errors that all young playmakers have in them. Dylan did not drift in and out of the game. He kept getting himself involved. It is only in playing these types of games that players can learn how to manage their emotions and both Dylan and Reed did that so well.

But there was another pair of young, less experienced players that I want to highlight. Will Penisini and Bailey Simonsen are a brand new centre/wing combination. Bailey has only recently moved past  50 NRL games, whilst Will has only just moved into double digits in the top grade.

As fans, me included, we can sometimes be critical when a player makes the wrong read and this leads to a try or break. Watching from behind the posts it is amazing to see how young players, in important positions, can make split second decisions about holding, jamming or sliding in defence with what appears to be ease. 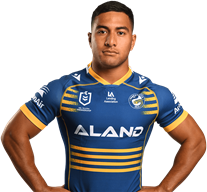 We can easily detect when the wrong decision is made, but making the right call can often go unheralded. On Friday, from my vantage point, both Bailey and Will had many quick, crucial decisions to make and they passed this test with flying colours.

The Panthers kept testing them and they kept fronting up and making the right choices. I can only imagine the confidence and belief they will gain from playing in such a hostile, high intensity game.

Just on the teenaged Penisini, he is something special. The ability to almost slow the pace of play is uncanny for some players. Those few have the ability to play the game on their terms and at their pace. Even early in his career, Will seems to have that in spades. He’s young and will therefore make mistakes. But the talent, potential and willingness to compete makes his future very bright.

Back to the team as a whole, there’s something that supporters hopefully bear in mind. There is no way that any team could play with that intensity each week. Therefore, the  trick for the Eels is to narrow the gap between their best and their worst.

This is very much within their control because the Eels can more than match the very best in Penrith and the Storm. The big task will be to get to September in a healthy state both physically and mentally.

Finally, after such a monumental evening at Penrith, I’d like to send a message of thanks to the players. It was a wonderful game of league, played in the right spirit by two fierce competitors.

No surprise that this is another great summation. Can’t really name a player who has gone backwards this season. A feather in the cap of the coaching staff. Simonsson’s continuing improvement from his Raiders days has also been a revelation.

Tks Shelley. Our nucleus of quality players is certainly expanding,
the 4 ‘newbies’ you mention add skill and football personality.
Now that game was as hard a physical and mental test as you will see in any team sport. Credit to each team, both served notice of capability.

Excellent post Shelley & thanks. I watched the whole match, when full time was sounded and players mingled with their opposition, I watched for a few minutes as to their intermingling with each other. I thought it was a good mood & move by both teams, I did notice a couple of the riff were base courteous with a pat on the back of eels players as they then walked off. At that point I wondered how they really felt, yet I didn’t really care as in the end we did beat them by 6 points. (I count the knock… Read more »

The game awareness of Penisini to get Gutho that try was something to behold…… And having the confidence to attempt it on the last tackle. He is something special already.

Agree with you on that 10YM. For me that was one of the the really good takeaways of the game.

Penisini had the Riff convinced that he was attempting to barge over. He knew Gutho was lurking, looked for him and found him, Try

Think every Eels supporter walked tall on the weekend, very impressed with the centres as they controlled that area of the game. Forwards also made their mark, that brings one important question that needs to be asked, what is the club doing to fill the gaps that are being left in 2023 with 4 NRL starters already exiting and no move seemingly made on Matterson who is off contract too . The cupboard for quality forwards seems a little bare and while it’s not a bad thing to keep negotiations under wraps, there’s a worry that the club could lose… Read more »

Well said Shelley, and your points abt Reed, Dylan, Penisini and Simonsen are well pointed out. These guys are v young and yet two of them were under the pump and came through with huge wraps, and this is also a wrap to the team and of coaches who brought them into the squad. We may not make the GF this year but two wins this year tell me we can be a top 4 team this year, but the difference as noted is the gap between a loss and win with the attitude in defence – well that’s my… Read more »

The Parra chant gave me chills thru the TV. Must have been awesome at the ground

Good write up Shelley. All I’ve got to say is, Opacic, hardly mentioned in any write up or report. His defence is outstanding, goes about his business without any fanfare, every game. Never been a huge fan of his but, he has to stay in the centres even when all our injured players are back. That means one wing position open between Waqa, Russell and Maka, very hard call. This is going to be a very hard call for BA.

Yes, Opacic is a competent, safe option.I’ve always thought that BA should work on his hit ups, the part of his game where there is
room for an even more competent team player.

I would rate Blake better than Opacic at Centre. Assuming BA does not use Waqa on the wing in his return, I think he will get his centre spot back.

I thought Russell was starting to look very good on the wing before his injury.

JE I was thinking of Waqa”s hit ups when I mentioned Opacic’s. No comparison, Waqa slips it into overdrive from first step whereas Tom looks like he’s finessing a way forward.

Agree 100% with your observations. My 1 concern is our use of the interchange bench.surley in a game as physical and intense to have a fresh bodies on the bench is not best practice?

BA was asked this question after the Storm game. His response was that in the tough games you need the best players on the field for as long as possible.

“Whilst acknowledging that there are a number of exceptionally talented half backs in our competition, I would not swap Mitch for any of them. Furthermore, everybody could see that kicking that goal meant as much to Mitch as it did to the crowd.”

#EXCLUSIVE: It won't be long until Maika Sivo is producing the magic once again for @TheParraEels.

The Eels cult hero is nearing an NRL return and credits his newborn son for lifting him out of his darkest days. @ZacBailey14 #9News

The Eels took on the Sea Eagles in the Flegg at Ringrose Park today.
How did it play out?
Check out the match updates courtesy of our on-ground correspondent, Parrathruandthru.

Look, all I'm saying is, maybe we were all wrong.
Maybe Chad IS worth 800k, I guess.
#NRLCowboysStorm

Everyone on my TL saying Turbo is gone for the year, but Manly’s update just says looking at surgical options.

Is it actually official?