It was a welcome return to regular viewing for the Eels as they put on a clinic against a woeful Newcastle Knights.

The Eels did everything right this week in taking down the Hunter boys. From the outset, they played with patience and control to build momentum. It was a reminder to the team that composed, power footy is their strength.

Most pleasing about the performance was Parra keeping the Knights tryless. Given the question marks about the Eels defence, it was probably the aspect that created the biggest smile for the coaching staff.

Let’s examine the numbers that defined this game.

Time wise, the Eels had 45 minutes with the ball including 14 and a half minutes inside the Knights red zone.

Parramatta gained 2543 metres in the game with 1823 running metres.

Matto also led the total run metres for the Eels with 185 metres off 15 carries. Parra’s back five all ran for 100 metres plus in a very dominant backline display. Clint Gutherson posted 143 metres, closely followed by Dylan Brown with 138.

The Eels managed 7 line breaks and were able to get 10 offloads away for some effective second phase. 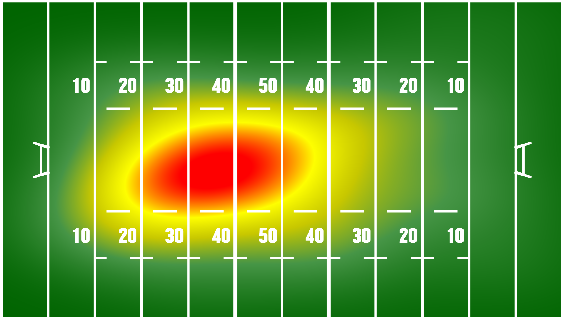 Parra were able to start a number of sets from their own 40 which enabled them to maintain consistently strong pressure. It makes it easier to win the grind when sets are launched from around mid field or better.

Although the Knights tried to keep Parra down deep in their own half, it just wasn’t meant to be for the Novocastrians.

A mixture of kick offs and general play kicking just couldn’t halt the Eels from gaining easy metres. It was a superb effort from Parra’s forwards in kick off returns and the backs in starting sets off general play kicks. 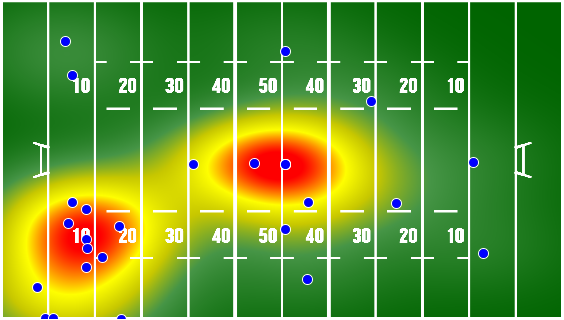 There’s still work to be done for the Eels defence. They completed 291 tackles with 27 missed and 20 ineffective. The tackle efficiency rating improved to 86% this week but not completing 47 tackles is still not up to scratch. Furthermore, the Knights also managed 11 offloads, proving that the tackles are not being completed as they should.

Turning the focus to discipline, the Eels get a huge tick. They made 8 errors and conceded just 4 penalties.

Obscure Stat of the Week

This week’s obscure stat is a ripper. There were no set restarts given by either team. It’s doubtful that we will see that again this year.

Ryan Matterson again picks up the award this week. Continuing and more importantly building on his rich vein of form, Matto is becoming the super sub of 2022.

Here’s a quick overview of his contribution:

Take in that first number of 38 minutes and consider how much he was able to achieve in less than half a game. Sensational! 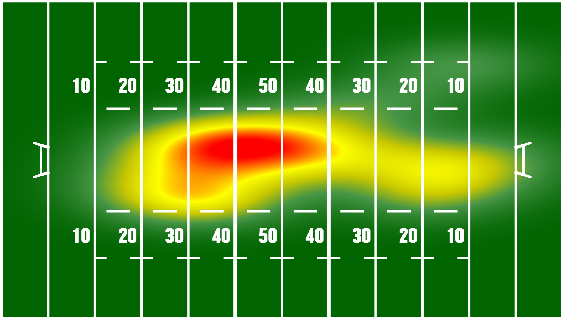 This comprehensive victory from the Eels would have restored confidence within the team. That said, the draw turns nasty for the Eels over the next month. We will definitely see where the team is at after this four week period.

It all begins with the yearly Top End fixture, this time against the team best conditioned for the warmer conditions. The Cowboys have found a bit of form and will be a formidable opponent. Parra then takes on the Panthers away, the Roosters on Magic Weekend followed by Manly at home. It’s quite a stretch of quality teams and a fair share of travelling.

How will the team cope with this?

I thought Matterson was outstanding.

It is now time to get pen to paper. Sign him up.

If the price is right John, it’s got to be done.

I am not sure why Matterson has not been resigned. He does have a problem with concussion which sidelines him for some weeks.
The future litigation liability might be a worry if not handled according to protocol.
I think if he can get through the season without suffering from the effects of concussion then it might seal a deal.
He is a thinking footballer with good skills and certainly worth keeping but, management must seriously consider the issue of concussion not only for the club but also Matterson.

I’m sure that has come under consideration for both parties. One thing we can probably agree on is that Matto is not the sort of person to take a risk with his health. If he had advice that he risked serious injury I reckon he’d give the game away immediately.

Great read Colmac.
We really controlled that game. Next we have to learn to keep the foot on the throat like Storm did to Warriors..
I’m so glad Knights have committed to Ponga for another 5 years LoL. I see they’ve called for a review already…
Cowboys have been playing well. They have a better attack than Knights and some great young forwards coming through their system. I’m sure we can get the win in NT.
Go Eels!!

Yes Pete, I was thinking back to Jarryd Hayne in 2010, we gave him big money, he was still a great footballer but the team and club didn’t exactly find a new level. Fifita up at the Titans is knocking on the door of the Big Money Small Impact Club. Anthony Milford became a life member.

Fair call BDon, but I still think that Ponga is not the only quality player in their team who is underperforming.

Given the number of former and current Origin players running around at Newcastle, something is going very wrong up there.
We are literally playing the best hot weather conditioned team up in Darwin. It will be a challenge.

There are coaches and there are those that can really coach.
I believe O’Brien is in the former group – coaches. Their forward pack when on the field is quite forminable but not dominant. It’s their spine!
And their coach.

Great analysis Colmac. Easy metres for the Eels but the defence is still below the standard of last year. The Eels have some tougher games coming up – time to lift the standards.
On Matterson, I thought that was his best game for the Eels. He kept bending the line, hoping there’s more of those sort of games in him.

dDay, I’d compare Matto’s game to the game he played vs Riff in last year’s final.