The footy was back but it’s stating the obvious to say much has changed, mainly off the field, since our loss to the Panthers in Round 16.

Having the football on did bring some sort of normality for those who are doing it so hard in Greater Sydney.  I don’t live in Greater Sydney and therefore my life is almost normal. Kids are at school, and shops, clubs and restaurants are open.

When my area was hit so hard in the 2019-2020 bushfires, so many people from Sydney came down, helped out and really did make a point to help the small towns get back on their feet. I look forward to the time that I can go back to Greater Sydney, attend the football, go to the local restaurants, clubs and shops and return the favour by helping them get back on their feet.

As a person who spent a large part of my childhood and early adult life in the Fairfield Local government area I know these vibrant and rich communities will bounce back just as the towns in the Shoalhaven have.

Before I move onto the football game itself I also want to acknowledge the players, football staff and all the families who have had to deal with such sudden changes in living conditions. For some, moving up to the Gold Coast for an unknown extended time will not cause too much disruption or family issues, but I am sure there will be some players and families from each of the Sydney clubs who have personal situations that are greatly impacted by the move interstate. I trust that our club will do all it can to help out those young families left in Sydney, especially those without any other family help.

Now to the footy and the positives on show. Without ignoring that the second half against the Titans was not champagne football, I want to look at that first half from the Eels.

What I saw in that first half is what we need to do to win the big games at the end of the year. Our dominance and skill in and around the ruck is our strength. 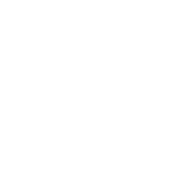 Last Friday we stayed in the middle of the field and used offloads on the edges to take advantage of the disjointed defensive line caused by our middle forwards winning almost every tackle. With Moses out, we used our ball playing forwards such as Nathan Brown and Ryan Matterson brilliantly. What I really liked about both of those players last Friday was that they still did the hard work required of forwards, they both bent the line back and once they had helped establish a disjointed Titans defensive line, they then ball played.

Much is made of the attacking skills of teams such as Melbourne, Penrith and the Rabbitohs. However, games between the top six teams for the remainder of this season will be determined by who wins the ruck.

It is no surprise that both the Storm and Panthers flogged such a dangerous attacking team in the Rabbitohs this year as both of these teams won the ruck, and only turned possession over deep in the half or on the Bunnies goal line, and therefore took away the Rabbitohs’ attacking potency.

Our attacking kicks last Friday were not the best but with Moses back in our team  that will be fixed. I love the fact that no one, apart from Parra players, coaches and supporters are giving us a chance in this competition. How this season plays out is entirely up to our team and of course some luck with injuries and last Friday was a perfect example of what we need to do to win.

In the first half we held the ball, established dominance in the middle third of the field, stayed there until we wore the opposition out and then shifted it to take advantage of the exhausted defensive line.

In the second half, we dropped the ball and shifted the ball a little too early and therefore lost our dominance. Having Mahoney back and taking control of our attacking sets was wonderful. I have a feeling playing on good, dry tracks up in Queensland may very well turn out to be an advantage for our team, especially with our mobile, skilful forwards being directed by both Mahoney and Moses and our big outside backs waiting to take advantage of a retreating defensive line. 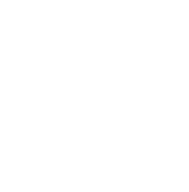 The thing I enjoyed most about our game last Friday was the performances of Dylan Brown, Haze Dunster, Reed Mahoney and Oregon Kaufusi. All four of these young men made some big plays and performed their roles leading to our victory. Of course, all four of these boys have come through our junior pathways system and over the past few years their skills have been developed, they have been looked after physically and rested when needed and kept in lower grades until they could physically handle the demands of first grade.

For our team and the outcome of the competition this year, players like Gutho, Mitch, Junior, Nathan Brown and Matterson will be crucial. But for the long term future of our club the above four players are important. They are the perfect examples of what Parra being a development club is all about.

Our coaches have put programs in place that develop young players’ skills, physically prepare them for first grade and look after their well-being. We can all see how much players like Oregon and Reed have improved over the past two seasons and any parent or manager of a talented junior league player can definitely see that staying or coming to Parra to be part of our pathways has the potential to lead to first grade and more importantly excelling once in it.

It has taken a while to develop this at our club but it is so exciting to think about how much better these four players will be in two years’ time, not to mention how much better Jake Arthur, Sean Russell, Will Penisini and others in our pathways will also be once they have had a few more off seasons to be coached and prepared for the top grade.

Shelley, there’s a good article I read on one of the other RL sites regarding Bellamy and Storm, mention was made of Jennings who was bog average at his 3 previous clubs, since heading to the Storm he’s really lifted and much of his running is more inside than from the wing, also has scored 10 tries so far down there a big improvement on his time at the eels. The article went on to mention the Storm has won the past 3 games by big scores & I am sure it also mentioned they kept the opposition scoreless. It… Read more »

Colin they made it very hard for themselves in the second half by making so many errors.

That was a lack of concentration, discipline and needs to be addressed

Thanks Shelley. Insightful, as always. I was a bit nervous before the game but yes, that first half was sublime. It has really lifted my confidence levels and I’m happy to see the Storm, but particularly Penrith and Souths, get all the wraps. [Mostly coming from the “experts” on Fox, where they don’t rate Parra].
Looking forward to next week, and seeing the same kind of performance especially in the first half. That’s where the Storm set up all their wins, and there have been many of those week after week. It’s now our great chance to do the same.

Tks Shelley. In our 4 losses, I still don’t reckon our forwards were given a bath, we lost 2 in weird games (StG & Souths), Manly shredded us out wider, and Penrith was evenly contested. Our pack holds up really well, the key is to not gift possession and field position to blunt the clever attacking teams. That’s our pathway to late September.
Ahh..Fairfield. I’m watching the news every night to check out my old stamping ground. The Fairfield Hotel (aka The Railway) was the local Rugby League head office, wall to wall characters there.