My post is called “From The Stands” for a very simple reason. There is nothing I enjoy more than being part of a crowd and the big match atmosphere at a stadium.

Conversely, I hate watching the game from the lounge room. I have to either listen to Brandy or Gus find the most minute fault with Parra and repeatedly magnify it to the point of making me mute the TV.

What a choice – and yes Fox went on mute after halftime on Sunday. To think I pay money for that experience.

Any Parra fan who tuned in for that broadcast will understand what I mean.

Unlike the loss to Souths, there are some positive reflections to take from the victory over the Warriors.

I have a general love for sport and I respect teams and organisations that can continually win. Nick Saban is regarded as the best College NFL coach in history. When asked about why his defensive team remains strong year after year he said:

Trust is such an important aspect of any team and two things happened this week that told me that there is a genuine trust in our team.

The first relates to a few home truths which were no doubt spoken after our loss last week. The video would have exposed some really poor defensive attempts and attitude. What was said, who criticised who, who called out poor attitude?

We don’t know, and that’s a terrific thing!

Obviously, that bag of negatives was opened and shared around during the lead up to Sunday as the Eels defended much better collectively against the Warriors. But it stayed behind closed doors – as it must.

Parra has not always been like that and we know not every NRL club is currently like that – note the Wests Tigers airing their dirty laundry. What I do know is that trust is developed off the field, in the locker room, in the review room and on the practice field. You will not get better if you cannot be honest, and people will not be honest if there is a lack of trust. 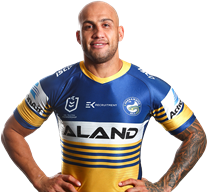 The second thing that happened relates to Blake Ferguson. Like many, I have been frustrated watching Fergo over the last few weeks. But when he ran out onto Central Coast Stadium, I noticed straight away that he had no strapping.

From the opening whistle he moved freely, he ran quicker, and he did not look in pain every time he got up to play the ball. Obviously he has been carrying an injury, and similar to Moses calf injury after the ISO break, it was kept quiet as to how bad it was.

Just like keeping honest conversations about form behind closed doors, keeping quiet about injuries is also important. It allows for a climate of trust and growth.

I feel that this team is developing a genuine trust for each other both on and off the field. In high pressure moments any lack of trust will be exposed. This Parramatta team, this club, still has much improvement to make but the cornerstone of that will be built on trust. Well done to our boys. I don’t need or want to know how things are dealt with, I just need to see the results.

And on the subject of results, I was happy with the result and the effort of the Eels team at Central Coast Stadium.

Good enough to win a final? Not yet.

Played with desire and commitment? Yes.

Played with more composure and stayed within our systems? For the most part, yes.

Effort, desire, attitude and teamwork will always be the yardstick by which I judge my Eels team. If they genuinely try, I will live with the result and expect them to get better. So overall there was more upside in the victory over the Warriors, but improvement is still needed.

The first 30 minutes of the match would be a good template moving forward. Parra went through the middle and stayed there. When they shifted the ball, there were points of difference. It was not just pass long, pass long and go over the sideline as it has been lately.

Short kicks to Fergo as the Warriors defended up in his face, and Lane throwing the cut out ball were early highlights. 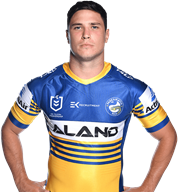 At times Parra were clunky and literally got in each other’s way, but that’s a timing issue, not effort. Timing can always be fixed, poor effort is deadly, as we witnessed against the Rabbits.

From this point on, the Eels simply need to remain focussed for bigger stretches of the game. I suspect that RCG, Junior and Nathan Brown will not be on the sideline together in the lead up to halftime when the finals come, but managing their minutes now is smart. Our middle got exposed when all three were off against the Warriors, particularly for that second try.

So while a long way from perfect, Sunday was an encouraging step in the right direction. The boys tried hard, even when at times they tried so hard that they got in each other’s way.

A repeat of that level of effort will give us a chance come the finals because without it, we are no chance to improve.

It’d be nice to see RCG/Paulo overlap with Evans/Kaufusi/Niukore. I think our best defence and offence come when we have the starters on, obviously including N Brown, however, it’s not possible or practical to play those starters for entire matches so staggering them would probably be our next best option. Good news that Mahoney isn’t anywhere near as badly hurt as first reported! I hope to see him play Friday night, and we will need him against the Panthers. Playing through the middle seemed like easily our strongest form of attack and cohesiveness, the chip ahead from Guth after pulling… Read more »

I thought Reed played really well early. He engaged the markers, ran a few times and this opened up space for us. He is important for our team.

I like our bench, just not on all together.

All good points, however certain commentators make ears bleed. Alexander and his Riff eyes and Parra hate from his role on the Penrith board actually pushed Voss into a rabid Warriors fan , seeing nothing good from the Eels. Sat there at home eyes rolling, knowing that it would be worse with Gus on Nein. Last night after watching a programme on IQ, when tv reverted to Nein, saw Gus raving that the bunker was making obvious attempts to deny Warriors tries, he is insufferable when the Roosters and Riff are playing and just as bad when we are but… Read more »

I have no problem with opinion from journalists, even someone like Paul Kent. The difference is Brandy and Gus are both commentators and have roles, paid roles with clubs. This creates a conflict of interest. When Cleary was in poor form last year, Gus and Brandy took every opportunity to criticise Moses, who was in excellent form and Cleary’s challenger. They tore down Moses to advance a player from there club. They have the platform to do it and then criticise anyone who points out the hyprociscy. They can not be unbiased. They love the Riff as much as I… Read more »

Phil Gould is a man much possessed of his own hubris at this point in his life. If he were a contestant on Dancing with the Stars he’d be telling his instructor how to dance and the judges how to vote. Luckily I have my iPod with me during times when he speaks, given the protracted degree of his quibbling, and alternate between listening to Figaro’s Aria from The Barber of Seville and the Aeroplane Jelly song.

What I don’t get is the commentators calling it a great and exciting game, which it was, why then did Parra, according to those same experts played so badly. Was Parra so bad? Emphatically NO!! The Warriors really turned up – they really wanted that win and so did Parra. Sometimes it is really hard to defend against absolute brilliance and against hot potato football. They called them miracle tries. Had Evans grounded that ball it was different game. Twelve point tries are a killer. I would like to think Parra has turned the corner and how far, we will… Read more »

It certainly looks like the team knows what they need to do to win games, the issue is that they have not been able to put it all together for the full 80 minutes, hence the criticism from the media. That’s not necessarily an issue at the moment, as the whole home & away season is really just to get a foot in the door for the finals series. We will be there, and we now have an opportunity to fine tune some of our plays over the next few weeks, and to maintain the focus that is required to… Read more »

Shelley as usual a good read, and the insights for Fergy does make sense, we just need more of that and his inside partner to continue his lifting his game accordingly. Trust is the key to opening more than just one door, in fact in most houses there is but one key that opens every door, sometimes they are tricky to open or stick, a pain but with a bit of oil or a refit the doors locks work. The one sticky door was with the two TVS tries where the warriors ran through a big hole in the middle… Read more »

Yes, it just looked better on Sunday Shelley. The big downer was RTS straight through the middle, someone/s not doing their job, leave that out and I’d call it a pretty good turnaround in one week.
Fergo also showed good pace over 40 mtrs, not having shown it this year much at all, and I reckon he’s never been 100% since the Raiders absolutely hammered him early last year. I said to my wife on the weekend that there’s a million ways to get injured in a Rugby League game, she calmly replied ‘no, there’s only one…running onto the field’.

Our bench struggled. I like our bench but all on together there is a noticeable drop in line speed with defence. Of course this is not to unexpected as starting players are your better players. As stated, I very much doubt RCG, Junior and Nathan Brown will off together come the finals. If they are it will be a good thing as we will be in front by a bit

I was at the ground. Really was a good game of footy to watch, and with a good ‘Parra’ atmosphere’. Eels played well. Looked good. Put in a very gritty 2nd half. Went home happy of course.
When I saw some highlights later, Brandy was terribly biased in commentary. Very unprofessional.