The 2018 NRL Indigenous Round is being played out this week as the NRL and its 16 clubs set out to honour and recognise the role of the Indigenous community and its athletes in our great game.

And why wouldn’t the code honour the importance of Aboriginal Australians to rugby league! Statistics list 12% of NRL players as having an indigenous heritage. This is on top of the 17% of registered grassroots players identifying as Aboriginal. The Parramatta Eels list five Indigenous players in their top 30. That’s 16.66% of their squad.

As a major Australian sporting code, it’s also important for the NRL to play a role in the wider community’s awareness of Indigenous issues and achievements.

The Parramatta NRL Club is arguably the most readily recognised for its link to Aboriginal people. Taken as an anglicised version of Burramatta, its meaning refers to either “Place of the eels” or “place where the eels lie”. 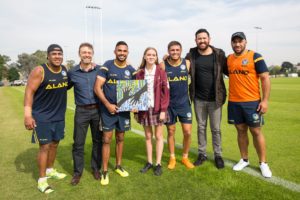 Student, India Lewis, will be exchanging a cultural gift on match day.

The traditional owners of the land, the Burramattagal, are a clan of the Darug people and the eel is their totem. With its location on the point of the river where fresh water and salt water met, Burramatta was an important gathering place for indigenous people.

This time last year, I listed my own Parramatta “Dream Team” as a way for TCT to recognise some of the talented Aboriginal players who’ve donned the famous blue and gold jersey.

I’ve updated the list this year by way of including a bench to create a top 17.

Please note, this team list honours some of the best Indigenous players that I’ve witnessed during my lifetime following the Eels. No doubt there will be notable omissions as I may not have watched a particular player, or there could be disputed selections. Regardless, the aim of this post is to recognise the contributions that all indigenous players have made to our club.

I’ll be interested if any readers can identify Indigenous players that I may have overlooked.

Although only starting his career, French has already earned plaudits for his freakish try scoring ability. His selection for the 2017 Indigenous All Stars team spoke volumes of his rapid rise in the NRL. His try tally already sits at 30 tries in 35 games. Having stated his long term intention of being a one-club player, he appears destined to be spoken about for years to come.

This recruit from Newcastle made the 2002 Origin team on the back of his strong form with the Eels. A member of the record breaking 2001 Parramatta side, the tall and pacy winger was the ideal finisher for a team renowned for its attacking potency. 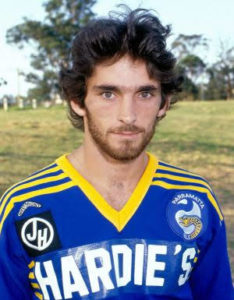 It’s probably impossible to adequately summarise the career and contributions of Steve Ella. Local junior, premiership winner, Origin star, Kangaroo, Eels legend. Zip Zip had the ability to change direction without losing pace. Ella is another Indigenous star who has proudly gone on to work with the Aboriginal community.

Another backline star recruited from the Newcastle club, Tahu had two stints with the Eels that were punctuated by his foray into rugby union. Blessed with both power and pace, the talented three quarter was a handful for opposition defences. An Origin star, Tahu also had the distinction of being a dual international.

One of four current Eels stars to feature in the list, Norman has sat on the cusp of a Queensland Origin pivot jersey. The Eels marquee player has previously polled well Dally M Medal counts. Norman possesses all of the attributes of a star playmaker – pace, vision, passing skills and a sound kicking game.

Once praised by Brian Smith as the smartest player he had coached, Simon earned Origin and Australian honours during his career. The talented half was part of Parramatta’s revival in the early years of Smith’s coaching tenure in the late 1990s. The solidly built Simon had exceptional kicking skills and deceptive pace. Plenty of Eels fans were disappointed when he was moved on. 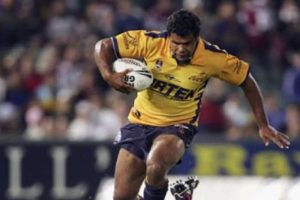 Dean Widders – a fine footballer and a great Australian.

The 2004 Ken Stephens Award winner joined the Eels from the Roosters in 2002. The talented back rower became renowned for his creativity and deceptive pace. A Country Origin and Prime Ministers 13 representative, Widders has also received deserved praise for his services to Aboriginal education.

What a crowd favourite this big fella was at Parramatta Stadium! Although primarily a prop, I’ve selected “Tooks” in the back row. Recruited from the now defunct Crushers in 1998, Tookey made his name as an impact player during his 40 appearances with the Eels.

Although currently playing for the Titans, Peats courageous play for the Eels has earned him a legion of Blue & Gold fans. A tenacious defender renowned for his line speed, his performances have been rewarded with three City jerseys, three Indigenous All Star appearances and the 2017 Blues Origin hooking spot. 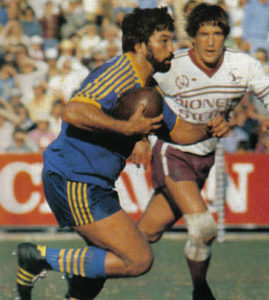 The one and only Arthur Beetson.

What an honour it is to be able to name one of rugby league’s immortals in this list. Artie Beetson was the master of what is now referred to as second phase play. Although he joined the Eels towards the end of his illustrious career, the mercurial forward could still mesmerise the Cumberland crowd with his ability to offload the ball in traffic. Selected from Parramatta for the inaugural Origin match, his hit on Eels team mate Mick Cronin really kick started the “mate against mate” folklore of Origin footy.

The versatile Smith has become an integral part of the current Eels squad. With his ability to cover virtually every backline position, on top of the dummy half role, Wilbur is the ideal interchange player. His pace sets him as one of the fastest at the club, and despite his light frame, he’s capable of producing some big shots in defence.

Another player selected for his versatlity. In his junior representative days, Hoffman starred in the halves. As his career has evolved, he’s gone on to play in every backline position. He’s already lists Indigenous All Star representation on his resume.

Vincent played with the Eels from 1969 to 1976. He was a fast, hard running second rower who was also used to great effect out on the wing. He carries that theme of versatlity into this bench.

Webb doesn’t earn his spot on the list via his limited appearances with the Eels. However, he earned 15 Origin jerseys, made a test appearance for Australia and appeared in two Indigenous All Star matches. His time with the Eels may be best forgotten, but in his prime he was a very good forward.

It was difficult to omit Willie Tonga in the selection battle with David Liddiard. He wouldn’t let this team down.

Nathan Davis is another Indigenous player in the current squad.

There were some fine players from the past that didn’t make my team, and it’s important to acknowledge them. Chris Sandow, and PJ Marsh certainly had claims for inclusion in the top 17.

Finally, in this important NRL Round, let’s all pause for a moment to recognise that we are fortunate to live in a country which is home to the oldest continuing culture in the world – the Aboriginal and Torres Strait Islands people.