Four teams are left, and after a wonderful night at our home ground last Friday I have to say that I am so proud that we are one of them. Every one of the remaining four teams plays a slightly different, yet extremely effective, style of game and I can honestly mount a case for why each team will be the last standing.

Penrith are so well drilled and couple flair with almost perfect big time decision making. They are the benchmark and will be very hard to beat.

Souths have the x-factor as Latrell Mitchell is that rare player who can beat you by himself.

Our opposition this week, the Cowboys, have youthful belief coupled with an insane level of fitness that simply wears teams down in the second half. It’s the ideal mix for the hot humid conditions at their home ground.

Finally, the Eels take their place in this group by having forwards who are as brutal as they are skilful. When they win the early exchanges through running hard and direct, and earn the right to offload, they lay the platform for our playmakers to steer us to a win against any opponent at any venue.

An old cliche reminds us that games aren’t won on paper. There’s also a lesson to be learned in the modern world of sports media. Results cannot be manufactured via the microphones of shock jocks or other media types acting as agents for those with agendas.

Click bait headlines won’t impact tight footy teams. The four best teams have reached the penultimate week of the season by playing their style of footy. Which ever team continues to execute best under pressure and fatigue will ultimately emerge victorious.

Which brings me back to our game last Friday. 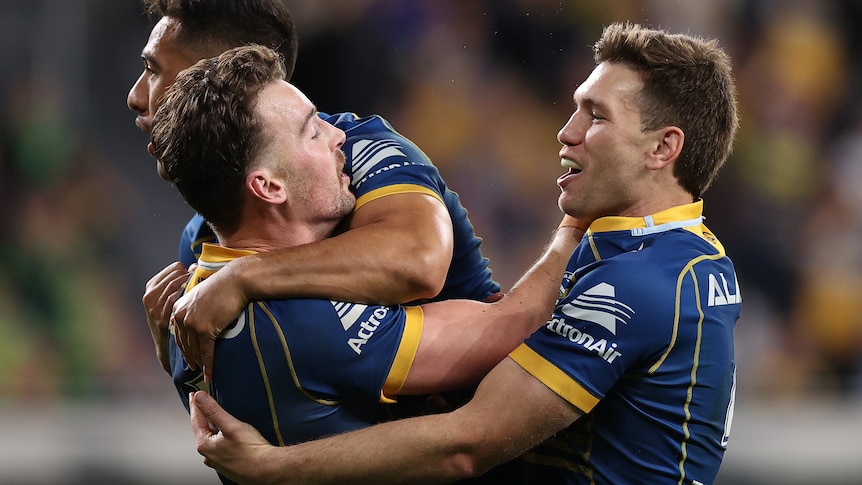 The atmosphere generated by the CommBank Stadium crowd, including the large colourful group of Raiders supporters, was exhilarating. The banter between the two supporter bases at the ground was as it should be; light hearted, driven by passion for their team but not crossing any verbal abuse line. It was a lot of fun being there.

When it came to the footy, the key to beating Canberra was always about generating offloads and moving them around.

In contrast, the only hope the Raiders had to beat Parra involved high possession and completion rates, establishing a territorial advantage and taking full advantage of any Eels mistakes.

The match was totally in the Eels hands to win, or to lose. Executing that Parra brand of footy would and did earn the victory.

Two single moments in the game stood out for me.

The first was our players’ reaction to the forward pass call on Gutho’s try. The crowd were in an uproar over the disgraceful call, but despite some initial dismay, the players just got on with it.

Supporters who are familiar with BA’s philosophy towards referees  will understand how much this part of Parra’s game has evolved.

Accepting that you can’t control everything, especially refereeing decisions, and therefore not letting it derail you, is something this playing group has learnt to do.

The second moment involved the fans and the spontaneous message we sent to our players, our management and those in the media who tried so hard to bring us down this past week.

When Jake Arthur left the field after completing a critical period replacing Mitch Moses, thousands of supporters stood to applaud him as he made his way back to the interchange bench. I can promise you that not every person in my family agrees completely with team or interchange selections. However, we all stood because Jake is in our colours, he is giving his all as a young player and he is a human being with family and friends. 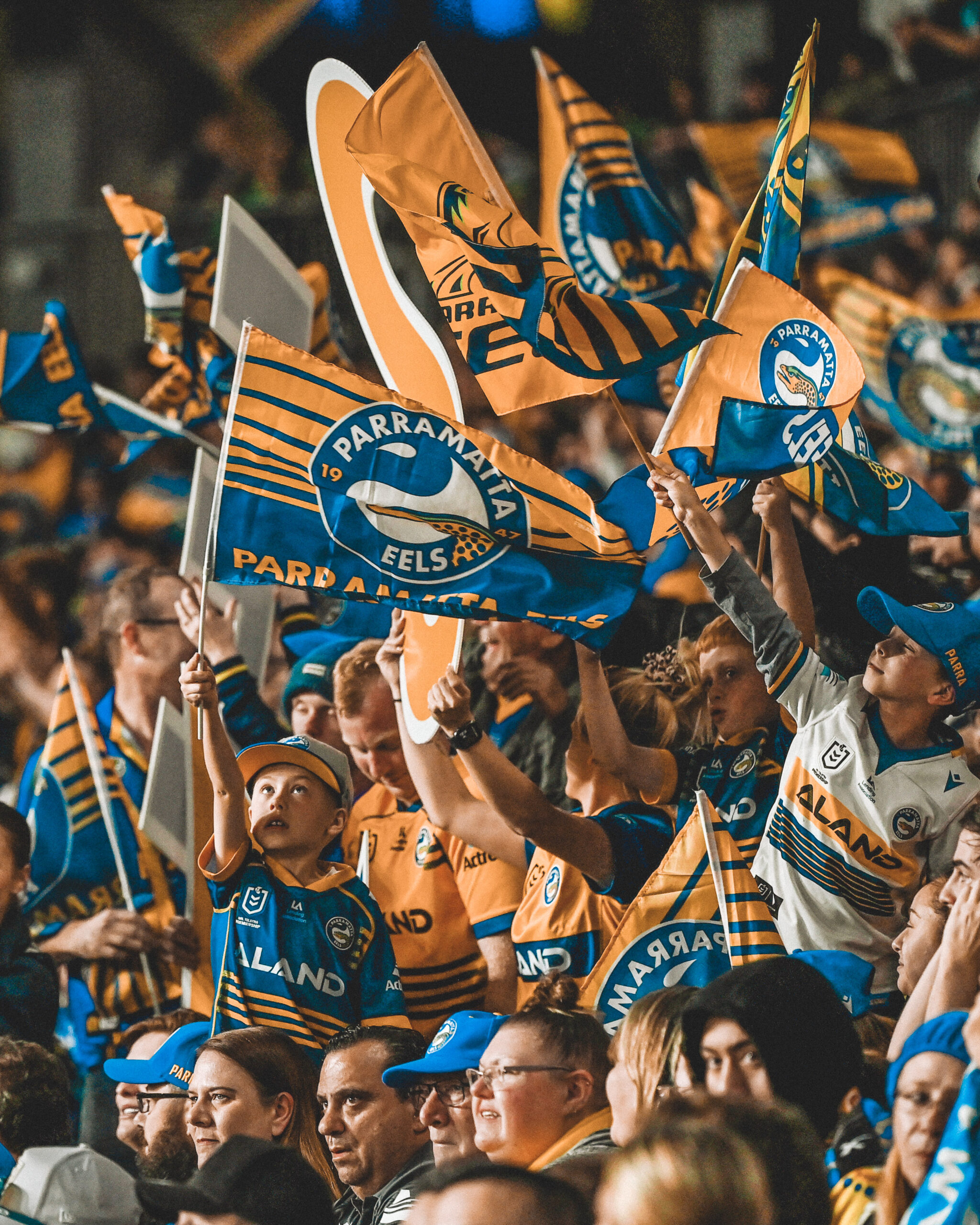 During the past week, some in the media had attempted to stoke the flames of that small element in the supporter base who had behaved appallingly towards Jake. But just like the team wouldn’t be divided, neither would the majority of fans.

Disappointingly, despite the cameras very clearly capturing the standing ovation as he walked past, the only reference made of the fans was with regard to our not so impressive attempt at a Viking Clap. Given the narrative of the past week, maybe such a positive fan response didn’t suit.

As BA said post match, this team and club will not be divided. For far too long, the self interest of certain factions threatened to destroy our club. The message that those deluded individuals sent this week was very clear – they are prepared to sacrifice the team that they claim to support in order to achieve their own ends.

Those individuals need to listen to our message. They are not relevant and they are not welcome at our club. Factions don’t control the Eels any longer and the voting membership will never let them be in a position to do so again.

Likewise, journalists who write stories from sources who have a known link to factions, and who weave innuendo into unrelated facts, should expect a backlash from the club and its supporters.

I cannot criticise players who decide to not respect a profession when stories are written to create division and drama, or to generate clicks by any means possible.

No doubt in the future these same media personalities will also support and promote mental health awareness. Oh the irony! 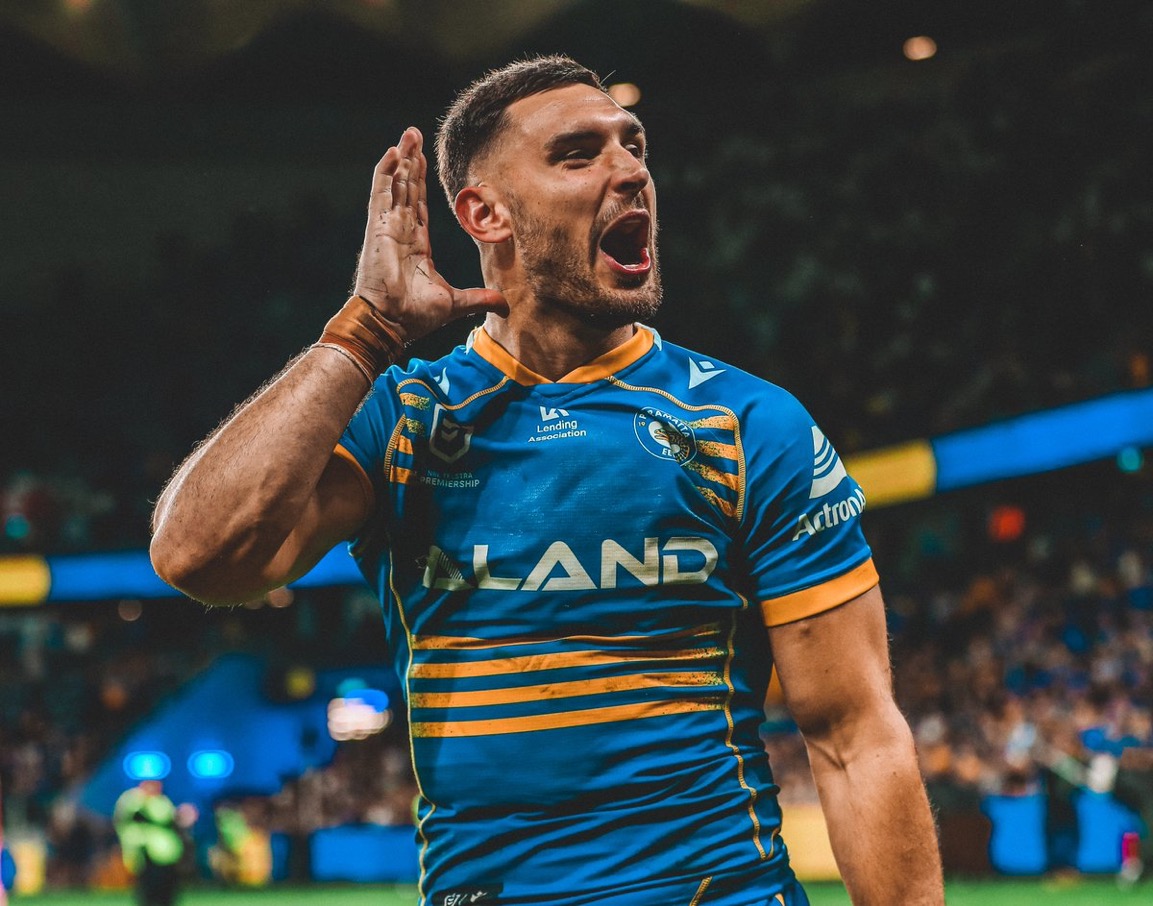 Matto could hear what the fans were cooking

Parra has a passionate fan base. I would suggest that with their standing ovation the crowd was not just applauding Jake but we were also sending our reaction to what we all saw over the week in the media. The predictable attempts to write clickbait to disrupt and divide the club, and drive future narratives, failed miserably.

After going through moments of questioning the behaviour of our own fan base, that pride to be part of the Blue and Gold Army returned in a massive way last Friday night. The team did their job brilliantly but it was truly matched in the stands.

Moving forward, there is a massive challenge to be faced this week. Going to Townsville to play a good team in tough conditions will not be easy.

I have no intention on focussing on any potential negatives. If we want our team to have a positive mindset, then I’m going to dive into why we will win.

League at its core is a simple game. The match conditions will be taxing for both teams. The team that wins the forward battle, kicks and chases well, holds the ball and moves it around with equal amounts of flair and composure will almost always win. This is Parra Footy 101.

We will go through the middle, win the right to offload,  execute superbly, and back our ability to wear them down.

When we do that I am confident that we will take our place in the grand final.

Bring on Friday. May the best team (Parra) win.

Another excellent article Shelley. The Media love to publish stories about the Eels for clickbait, they don’t care if they are true or not. It’s only done to disrupt the team. Most of our supporters disregard them completely. I know I do.

And it is hilarious how the articles come out at finals time. Whether true or not, that is low.

We didn’t give it any oxygen prior to the game. We knew the intent.

Well said. Our forwards work their asses off and I am happy to see the spine, wingers and centres reward it. I have been so proud of the whole team. I was saying to my Dad that what we have that I think can overcome the Cowboys is that our players have played together longer and have developed strong bonds and plays that come with it. Even the players leaving have been playing their hearts out and I couldn’t be prouder. No doubt this will be a tough game, but I believe in the team as many of us do.… Read more »

Well said Zach. Prior to the season starting, the departing players said how important this season was for them. It is showing. Oregon has had his most consistent season, Reed is hitting his best form at the right time, Ice has stayed Ice, Opa has been a total professional.

Nicely put Shelley. Parra fans did struggle with the cheeky Viking clap (to be fair we only get to do it once a year) but as united the team was on field so were the fans in applauding JA. That the faction(s) that decided 24 hours before a final was a good idea to stir things up show how little they actually care about the club. The fans showed a better way. Friday can’t come soon enough. Go Parra!

So as long as Arthur is on the bench, we have a major weakness. He is useless and no skills. We need our bench to keep the pace of the game up as well as intensity, not a useless turtle who is nothing but a speed hump