That greeting is the motto of the Kellyville Bushrangers Junior Rugby League Club, and the message that everyone is welcome at the Bushrangers was highlighted when club secretary, James Power, spoke to The Cumberland Throw.

The Bushrangers originated out of the Hills Bulls and the Parramatta Eels creating a Metropolitan Cup feeder team for Parra back in 1996. Andrew Ryan was a famous Eels player to wear the Bushrangers jersey during the Metro Cup years. 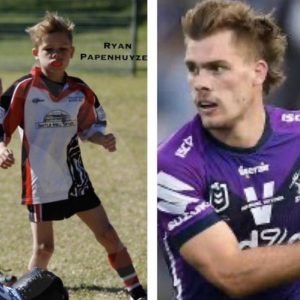 It’s been quite an honour roll since that time. NRL stars such as Ryan Papenhuyzen, Luke Keary, Jamie Buhrer, and Matt Doorey have all turned out for the Bushrangers during their junior years. Furthermore, Neighbour’s Matty Wilson is in the record books as one of the club’s longest serving players.

The Bushrangers are a club that can be rightfully proud of their growth and resilience. Back in 2013, numbers dropped and only nine teams were fielded in that season. But a proactive approach of exploring different ways to grow the club, such as wheelchair rugby league, delivered results, and the expansion of the girls’ program has been at the core of the resurgence.

After starting off with one team based around a couple of girls who were determined to keep playing footy past the age of 12, the club reached 40 registered female players in 2020, recording a premiership in the under 16 Silver Division. The 2021 season saw an amazing rise, with 98 girls registering to play. 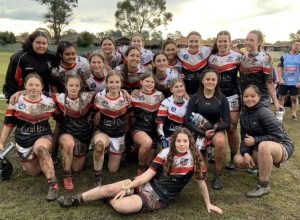 In addition to the young girls playing in the mixed teams, this year the Bushrangers fielded two girls teams in the under 14s, two in the 16s and one in the under 18s.

James was full of praise for these teams. “The quality of the girls’ football is unbelievable – they don’t have a fear of contact and it’s unbelievable football to watch.”

He continued, “The club is looking to be at the forefront of the girls’ football movement, especially with the excitement of the Eels NRLW team announcement. Joey Grima oversees the program, and coaches the coaches of the teams.”

But it’s not just the growth in female participation that has the club enthused about the future. In 2021, overall numbers also hit a new record. Even after the COVID interruptions of 2020, the club registered 406 players for this season, across 27 teams, with 113 coaches, trainers and managers volunteering their time. 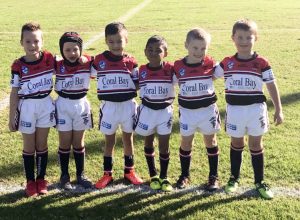 And participation remains the priority. James stressed that seeing kids getting out, having fun and developing skills is the goal, and if you get kids that go on to play NRL, that’s even better.

Like all clubs, the Kellyville Bushrangers runs on a volunteer basis. James explains that the club is very fortunate to have a good core of volunteers within their community. This drive to be the best that they can has seen the Bushrangers achieve a Level 1 Award in the Blue Shield Program as well as being named the Good Sports Club “Junior Club Of The Year” in 2017.

That community involvement extends beyond just the footy. The families which make up the club’s community are culturally diverse, and embrace the “Everyone’s Welcome” motto. Club events like ANZAC Day ceremonies bring families together and have a significant place on the calendar. 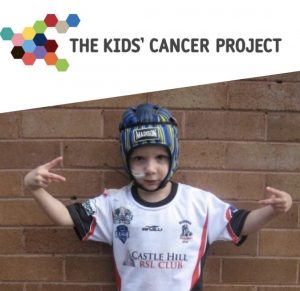 One particularly important annual event is Oscar’s Memorial Day. Named in honour of former young player, Oscar Buhagiar, this day raises funds for the Kids Cancer Project. Over the years, the club and the Buhagiar family have raised over $120k for kids cancer charities.

It’s a massive day and a proud tradition for the club. Oscar was brave in his fight, even playing whilst receiving treatment. Sadly he passed away from neuroblastoma at the age of 6 in 2010.

Besides Oscar’s Memorial Day, when asked what he’s most proud of, James Power rattles off the club’s bounce back after 2013, the development of the Kellyville Park precinct, and the girls’ program. However, forced to stick to one he simply says that that he’s proudest of every single kid that’s ever played and worn the jersey.

As an example, he highlights a team in the club that hasn’t won a game for two years. Those kids continue to work hard, train hard and play with a smile on their faces. For junior players, it’s their journey, more than results, which is ultimately the best memory. 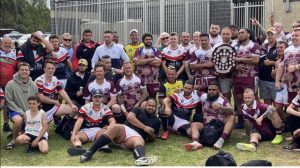 When it comes to challenges, COVID has obviously had a huge impact. The timing of the recent lockdowns has meant that competitions weren’t able to finish. And the greatest concern for James is that “kids aren’t able to get out there, getting that exercise and that interaction”

Finances could be a battle, but the annual grant from Parra Leagues which goes towards insurance, registrations and referee fees is extremely helpful and most appreciated. The Bushrangers are also lucky to have good sponsors who are their “lifeblood to upgrade resources”. Sunnyday Carers, Coral Bay, B B Surgical are the club’s Gold Sponsors. One of the Silver Sponsors, Gav’s Antenna’s have been with them for 10 years.

Now sharing their facilities with the Parramatta Eels in a rapidly developing Kellyville Park precinct, the future looks bright for the Bushrangers. Nonetheless, players, volunteers and sponsors are always welcome.

You can hear the full version of our chat with James on this week’s episode of The Tip Sheet podcast.

The announcement from NSWRL on 16/8 that all community rugby league competitions had been abandoned for the season was not unexpected. Let’s hope that we can return to something closer to normal in 2022.

Really interesting profile on one of junior clubs , looking forward to more , only disappointing thing was , pappy , keary , buhrer , doorey , none playing for us !!

Some handy ones there!