Round 13, unlucky for some, hump round for everyone.

There are some talking points from the victory over the Knights. However, given that this last weekend was the marker point for the second half of the draw, I thought I would stop and reflect on what I have liked about the season so far.

Parra fans know all too well the teams that the Eels normally struggle to beat. History has a very funny habit of repeating itself in sporting contests, and sometimes creating a new history can take many failed attempts.

At the halfway mark of 2021, the Eels have created some new histories. Though critics might find ways to downplay Parra’s victories, as fans we should acknowledge the positive strides taken by our team and club.

The Round 2 victory over a near full strength Storm team came at a time in the season when they are historically near-impossible to beat.

It was game which required the Eels to hold their nerve, back their kicking game to gain the territorial advantage and then rely on their defence to win. Ultimately Parra beat Melbourne at what was essentially their own game.

The much discussed victory against the Roosters was another example of the Eels’ capacity to hold their nerve. In doing so they withstood a Tri-Colours fight back, something that they’ve struggled to achieve in the past.

As for overcoming challenging road trips, the team can now add the Nation’s capital and the Hunter, two places that haven’t been happy hunting grounds. You can find reasons to dismiss both wins, but given the shock losses at both venues in the past, these victories should not be easily dismissed by any knowledgeable Eels fan.

It is right for critics to suggest that Parra still has to overcome some mental demons come finals time, especially if involves defending against a strong attacking side like the Rabbitohs. Nonetheless, in winning at previous bogey venues and in beating teams that they normally struggle to defeat, the Eels have given me genuine hope.

Even allowing for a weakened opposition, there were further positives to be taken from the victory over the Knights. 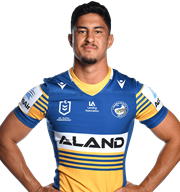 Having Dylan back against the Knights was wonderful and it was  pleasing to see him play with what appeared to be more energy and joy from the kick off.

For a young man, football should be fun. There were times watching Dylan play this year when he looked like he had the heaviness of Parra supporters and probably his own expectations weighing him down. He made simple mistakes that he normally does not make.

Maybe his forced lay off reminded him of how much he loves playing the game. Maybe it provided a reality check for all of us about what he brings to our team, even if it’s not always be noticeable on a stats sheet.

Everything he did on Sunday was with conviction and pace. He took the line on, he was almost always first in moving downfield to follow the kick, he read defensively what he needed to do and did it with confidence and executed brilliantly.

Dylan’s combination with Mitch Moses created genuine attacking opportunities against the Knights. From the stands we attacked as a team, with genuine options as the ball shifted across the field and this opened up space on the wings. 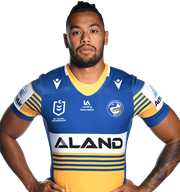 I also want to acknowledge how happy I was for Waqa Blake. It is easy to say it is only one game, but watching Waqa look so invested and involved in the game was eye opening for me as a supporter.

I can forgive almost any mistake if a player is showing me that they genuinely care about the team and are willing to put the team’s needs first. On Sunday Waqa ran hard, ran with purpose, backed up and when he made defensive choices he made them with conviction which allowed those around him to also make sound defensive choices.

I am not going to pretend that I know the reasons why the change appears to have worked but everything about his body language and involvement on Sunday was what I expected to see.

Well done Waqa, let’s hope this is the start of a new level of performance we can expect to see each week. The prospect of a firing Waqa, Sivo, and Papali’i being being fed the ball by Moses and Gutherson is very exciting and has the potential to elevate our attack to a higher level.

It’s now back to Bankwest this week against the Tigers. I do note that the Eels have passed the 31 000 membership mark, the highest number in the NRL. The club is also quietly going about extending the contracts of players. It has been wonderful to see our players and fans not fall for any typical media spin about contracts.

Just three short seasons ago, the Eels entered Round 14 with supporters wishing that the season was over so that we could look forward to a new stadium and hopefully a revitalised playing roster.

This Sunday I look forward to turning up to the wonderful Bankwest Stadium, the place we have made ours, filling it with loud and passionate blue and gold supporters and watching our team play with conviction.

I expect the Eels to erase our memories of the last home game against Manly by disposing of the Tigers.

See you all there Parra fans.

Great read, I think we are doing ok. It was great to see Waqa more involved, I believe he isnt utilised nearly enough and when he is adds another attacking weapon to our arsenal

It was so noticeable that he went looking for opportunities. It was pleasing to see.

Good read Shelley. I ventured to McDonald Jones stadium for the first on Sunday. Sitting with 2 Knights supporters, 1 being my Nephew. Result was never in doubt & an enjoyable day out. It’s funny after Daylight saving finishes, the first half of a Sunday arvo game is in sunshine & the second under floodlights.

I was nervous before the game but once it started the better line speed was very reassuring.

I agree with your comments on waqa blake

Good read and thanks Shelley,

Yes it was a v good win on the road.
We hope they can play with this intensity in the coming month and more when we come up against the stronger teams.

Hearing we have lost some more junior rep players from Ball and Flegg just now, and one who I had high hopes for. Anyone else heard this? Myles M to Newcastle?

I think you nailed it with intensity. If we get our line speed right it shows we are on. Footy is very simple really. Win the middle and it goes a long way towards overall victory.

That would be disappointing.

Tks Shelley. I’ll never forget Kurt Gidley working exactly the same move off 3 scrums for 3 tries up at Newcastle, 2014 from memory.
I need some easy wins to dull that memory.
Geez we’ve played some different looking games over past month, even Manly and Souths games had a common feature (our poor D) but were different. Just hope we can build on our win. Maybe the new rules and their application affects some teams more than others, and maybe better official management of high contact/send offs allows more consistent game performance.

Our forwards hold the key for us both in attack and defence. We can beat Sths in the middle just like Melbourne do- in our finals game last year when Brown, RCG and Junior went off we lost the middle and could never get it back.
It will interesting to see how we go up against them next time.

Dropping Fergo put everyone on notice. Coach got a response. Especially from Waqa who I must admit (but have not been game enough to say it too loudly of late as I would get shot down!), is one of my favourite players.
The game on Sunday was most enjoyable but made even more so for me as I was sitting in the Parra fans bay. The drummer was there and he kept the famous Parra chant constantly going..

I felt Fergo had been lucky for a while. There is no point making good metres in attack if you continually drop bombs and let in soft tries.

Of the things that may have disappointed Eels fans in Dylan’s game earlier in the season, defence was not one of them.

As a consequence I was quietly confident his return would go a long way in restoring our right edge defence.

Another good post Shelley. I agree with your sentiments with regard to Waqa. Just need to get him back to playing more direct. That is what he did against the Panthers last season at Bankwest which was his best game in his time at the Eels.