Our trip last Thursday night to Bankwest was wonderful. The first game in the new season is always fun, but I feared at the time it may be one of the few games this year I could watch live.

On the game itself, I sat there feeling that I had seen this show before. The Bulldogs were playing the type of niggling, uncompromising football that they are famous for. I was probably not alone in thinking that a loss was a distinct likelihood.

And when the Eels struggled to establish any dominance or kick more than six points ahead, how many of us were predicting a late try to the Bulldogs followed by a heartbreaking loss in Golden Point?

However, that didn’t happen, so instead I’d rather praise the Eels for winning a game that we would normally lose. More can often be taken from an ugly win than a spectacular victory. And in these times when there are many things that cannot be controlled by our club or players, they can definitely control how they develop as a team. 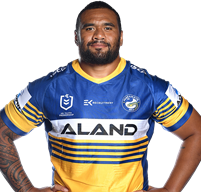 From the Stands, a few players stood out. Like most of the mainstream commentary on the game, I thought Michael Jennings, Nathan Brown and Junior Paulo played very well. It is pleasing to see our leaders and senior players step up.

Looking beyond Thursday night, I don’t know what the future for this season will be. But I do know one thing – my love and commitment to my club goes way beyond this season. We can think about the opportunities that may be taken from us, but much like the players, I’d like to think about what I can control. I will continue to support my club in every way I can, including financially. Every club will need every cent they can get.

The Parramatta Leagues Club owns the PNRL Club. It is committed to significant financial support via its recently adopted constitution.

It’s taken a long time to finalise Governance Reform, but the Leagues and Football Club Boards now boast qualified Directors across a range of professions. And both clubs will need all of the expertise of these Directors to guide them through a period which will likely see a significant downturn in revenue and in all likelihood, trading restrictions.

Just a short time ago, the Leagues Club was under the control of an appointed administrator, Max Donnelly. Though there was never a question about the financial viability of the Leagues Club, the dramas of 2016 created a loss of faith in the club’s leadership so significant that it extended to the halls of government.

The test for the newly appointed Board has arrived much sooner, and on a far grander scale than they ever imagined possible. The way they navigate the Leagues Club over the next few months will impact the health of the Football Club. Nobody could ever anticipate such times, and with the scenario changing on literally an hourly basis, responding to the government edicts and the enormous blows to club trading will require incredible strength of character.

So whatever happens, whenever my team is playing, I will be watching from the stands or from the lounge.

And if they are not playing, I will support our club in whatever way I can to ensure that when they return to the field they return strong.

Thanks for a great first post Shelley!! I too was impressed with the defensive performance, & hope we can keep that up for as long as the season lasts. I was also impressed by your family’s reaction to the plight of the elderly shoppers.. the world needs more people like you!!

There are many people like us. I think we all need to tell our stories so that people can see the alternative ways to react. Kindness goes a long way.

Keep up the kindness Shelley. That next old person might be me. 😁

What I saw last Thursday night was an Eels team that could defend for 80 minutes. I know many so called experts thought it would be a blow out to the Eels, but us supporters knew better. It doesn’t matter if the dogs are world beaters & the Eels struggle or the other way around, Eels v Dogs games are a battle. They drag us into the trenches then beat us to death ” Usually ” Not this time, which made me a very happy boy. It was round one & there is a long way to go ( we… Read more »

I agree, there was positives and the negatives are things that can be fixed easily with the talent we have

If your defence is sorted, it’s easy to hone your attack. And we all know the attacking prowess in this Eels team.

Thanks for your observations on the game Shelley, that’s pretty much how I saw it too. I did write in response to Mitch’s Marks for the boys, that I thought the way we played across the field was a commitment from every player to defence and that’s worth a B+ to every player.As you have already noted, to win like that is supported by quite a other experts, not just us savvy footy fans. In regards to our new Leagues Club Board? I personally, am more than comfortable with their ability to do whatever is required to keep our strong… Read more »

Having highly skilled professionals who understand money, restructuring and righting business is certainly a huge benefit. It does not make us immune but it means that we will be given the best chance to come out the other side standing