Ten years. What a ride it’s been for the National Youth Competition (NYC). So, as we draw the final curtain, it’s worth reflecting back on Parra’s journey. For those who stay to the end of this post, a special video awaits you.

So where did it all start?

For those of us old enough to remember going to the footy “back in the day”, we had the pleasure of watching three grades. An Under 23’s match (at various times over the 70’s, 80’s and 90’s we had Third Grade and even The President’s Cup) was followed by Reserve Grade and then first grade. We enjoyed trying to pick out the stars of the future, watching them make their way through the grades.

The NYC became the new part of this pathway, with the difference being the work or study component that went alongside the playing commitments. Furthermore, the profile of the competition was raised as it assumed curtain-raiser status and received subscription television coverage through Fox Sports. 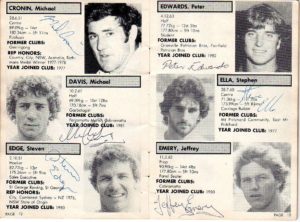 From season 1982 …. the profiles page included established and rising stars. 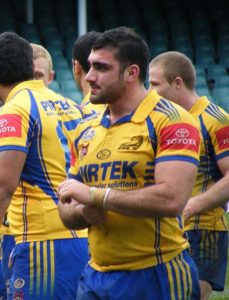 Tim Mannah had the honour of being the first captain of the NYC team, with Matt Cameron the inaugural coach.

From the first year’s squad, 13 players would eventually play first grade. A player promoted to the squad from the district reps, Nathan Gardner, later earned his first grade jersey with Cronulla. Gardner finished this season as Parramatta’s leading try scorer with 18 tries from 16 matches, and also clocked up top point scorer status with 136 points (from 18 tries and 32 goals) .

FInishing the 2008 regular rounds in 5th place, the Eels eventually bowed out to the Dragons in the semi-final – 23 to 22.

Over the years, the Eels NYC squad featured players who would eventually play first grade football, whether with Parramatta or with other clubs:

While the Eels NYC team may not have claimed the title in the final year of the youth comp, they were proud grand finalists. Head coach Luke Burt and his staff did an outstanding job with the players, some playing up in grade from the SG Ball, some even relinquishing a representative jumper over the chance to play in the grand final with their team mates. How could any member of the blue and gold army be anything but full of pride for these lads. 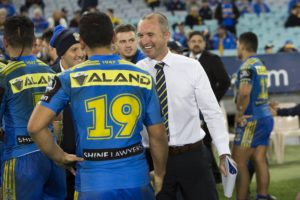 Luke Burt has been an inspiration to his young Eels

Was the NYC a perfect pathway?

Nothing in this world is perfect, but the NYC has seen quite a number of it’s “graduates” make their way to NRL success. Not just at the Eels, but at other clubs too. Names like Ash Taylor, Ben Hunt, Bryce Cartwright, David Klemmer, Michael Morgan, Jason Taumalolo, Nathan Cleary, Cameron Munster, Brad Takairangi, Nathan Peats, Corey Oats, Tim Mannah, Tepai Moeroa, Semi Radradra, have all seen success in the top grade after showing everyone what they were capable of in the NYC. There will be time for debate about its effectiveness, but the evidence shows that the NYC had more than its share of success stories. 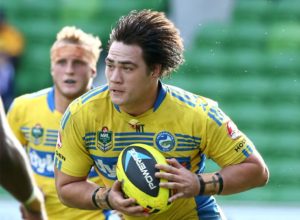 Tepai in action for the NYC Eels

Undoubtedly there are many instances of players who have dominated at NYC level yet failed to make the grade in the NRL. This has been true of rugby league players over the last century or more, regardless of the pathways that existed. It’s a tough game which quickly finds out the ceiling for its combatants.

What does the future hold for the youth competition?

Here at TCT, we are of the understanding that the under 20’s is likely to be a 12 team state competition in 2018, involving the Sydney clubs, plus the Warriors, Knights and the Raiders (possibly playing as Mounties). This competition will kick off alongside round 1 of the 2018 NRL calendar, and via byes during the season at key dates (eg The Australian Secondary Schools Championship) the 20s finals will coincide with the NRL finals.  It will also be up to the clubs as to whether they will play the matches as NRL curtain raisers or not.

So, to finish off, as promised at the start of the article, here’s a short video with some memories from a 2012 NYC match – Parramatta vs Newcastle.  It features Kaysa Pritchard and “skinny” Semi Radradra.

Good stuff! Thanks for the video too.