Are you feeling pumped about the kick off to the 2022 NRLW season?

The Eels will commence their campaign on August 20 at CommBank Stadium with a massive clash against the reigning premiers, the Sydney Roosters. The game will kick off at 1pm, and is the curtain raiser to Parra’s NRL clash with the Bulldogs. There’ll be a NSW Cup match at 11am, which means everyone should arrive early for a full day of quality rugby league

This week, I was privileged to be able to attend two Eels NRLW training sessions.

NRLW pre-seasons are short, so the window to get combinations happening is very small. With the focus in this week’s sessions being on footy and footy related skills rather than conditioning, the opportunity was there for me to gauge the brand of rugby league that the team will be aiming to deliver.

There are many new faces in the team, so it was both difficult and unfair to try to identify individual players. Instead, I’ll comment on overall impressions. I’m hopeful of attending another session before the first match, and in next week’s previews I’ll make a call on the players to watch this season.

The first thing to acknowledge was the size difference between the two teams. The Flegg team are close in physique to an NRL side.

Therefore, there was no focus on collision. Defensive goals would have related to positioning and decision making. If the women got their bodies in front of the ball runners, the attacker would surrender. This still allowed the NRLW players the opportunity to practise peeling off the tackle and getting back into their position in the line. 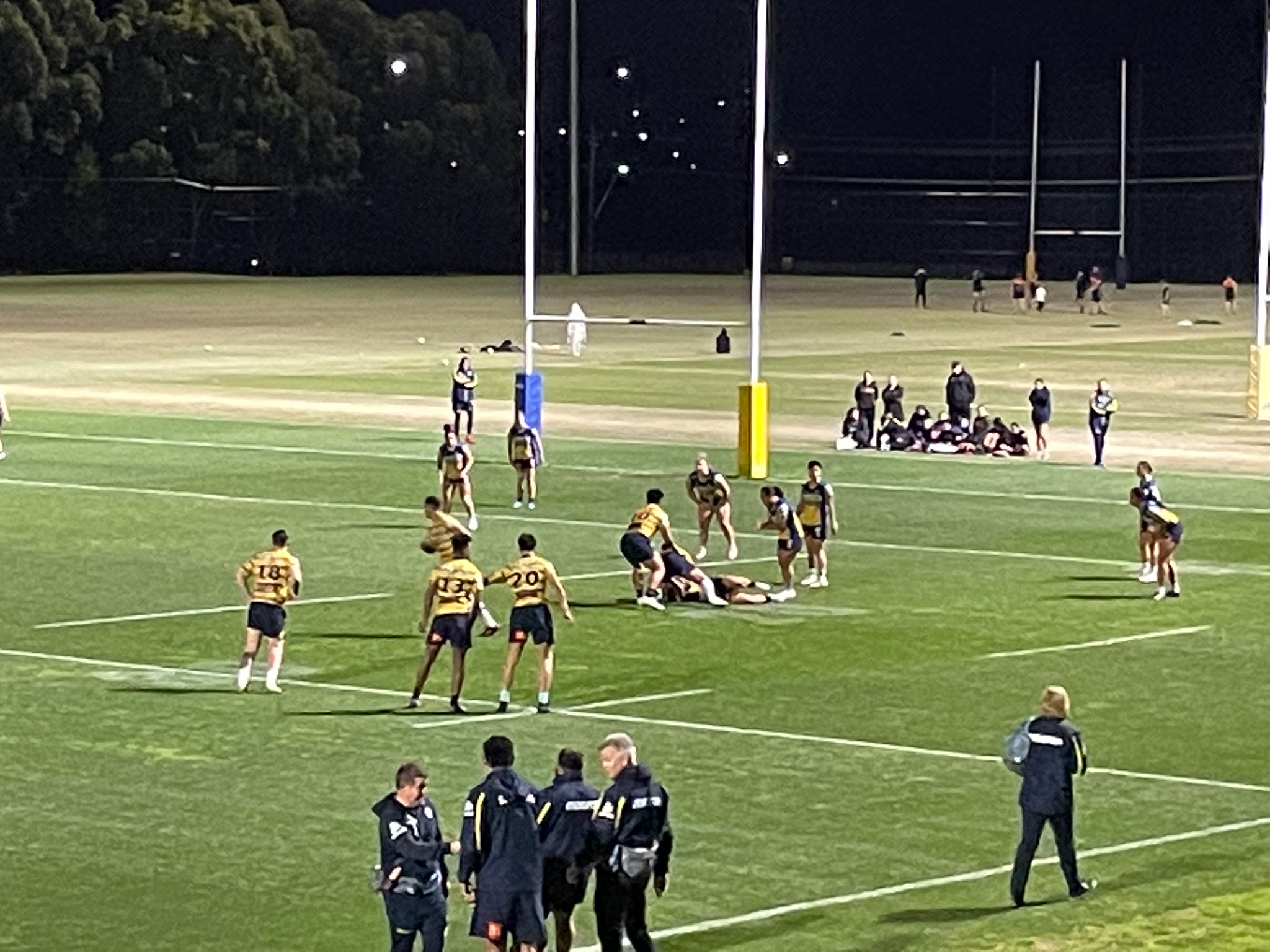 The NRLW bring it off their line

That said, the NRLW players didn’t seem to shy away from carrying the ball into contact when it was their turn. The Flegg players had to work harder to get their NRLW counterparts to yield in the tackle. The women were aggressive in their charges in and around the ruck.

This was emphasised when Mina Hanisi (wearing an orange vest meaning light contact only) hit the ball up on the edge of the ruck. She didn’t care about that vest and smashed through the defence to gallop into open spaces. Of course, she was called back to play the ball, but that attitude of ripping in was there for all to see. 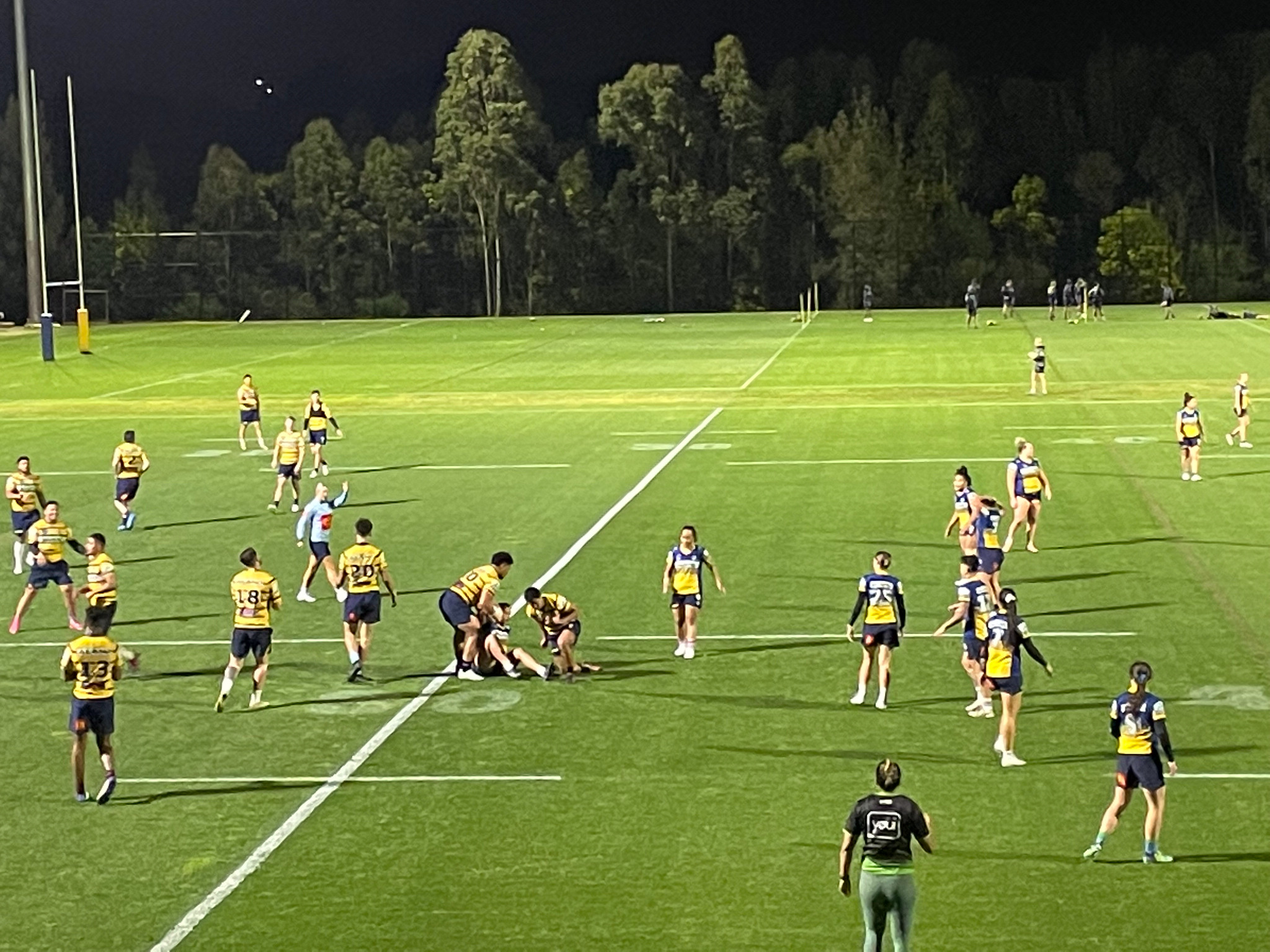 Overall, I was particularly impressed with the speed of the play.

There is most definitely an emphasis on pace and agility in this squad, and based on my observations I reckon there will be more tries scored in this upcoming campaign compared to the 2021 season.

On numerous occasions in this session they created space in the defence, only for the Flegg to adjust quickly to shut it down. Their attacking shapes did what they needed to do – ask questions.

I’m convinced that if similar opportunities were created in an NRLW match, line breaks or tries would result. In this instance, the plays were being run at a Flegg team with an entire season together, meaning they are much more experienced and faster as a defensive unit than an NRLW opponent would be.

With no trial matches scheduled for the short NRLW season, this hit out was their first as a team and an outstanding alternative to a traditional trial.

After a video review of their Monday run, the women commenced a footy focussed session.

The first part of the evening separated the middles from the backs and edges as the two groups worked on position specific plays and skills.

Line engagements and passing, along with defensive positioning and communication looked to be the focus with the middles. After the drills were completed, Simaima Taufa addressed the group about the importance of their role and how they would get it done. Listening to the captain reinforce the coaching messages provided a fascinating insight into team leadership. 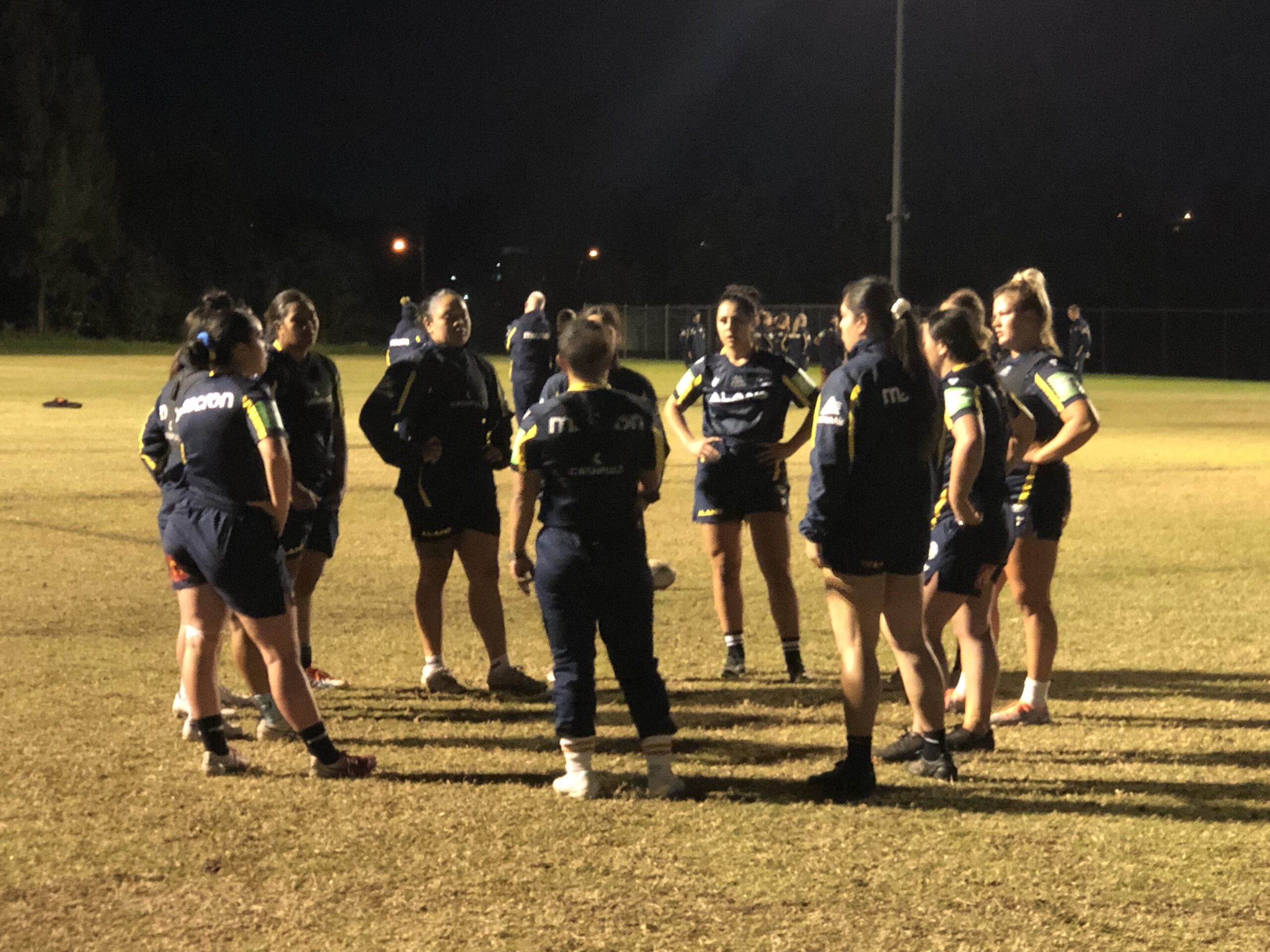 The backs and edges seemed to be drilling attacking plays and combinations. This became more evident when all of the players came together for opposed work, which also included defensive decisions and movements out wide.

When the opposed work began, the importance of the kicking game came to the fore. Dean Widders emphasised how they should set up into the kick and equally how they were to apply pressure to the kicker.

What impressed me the most at this point was the chase. Like any level of rugby league, the kick is only as good as the chase and the energy and pace of the line was very encouraging. 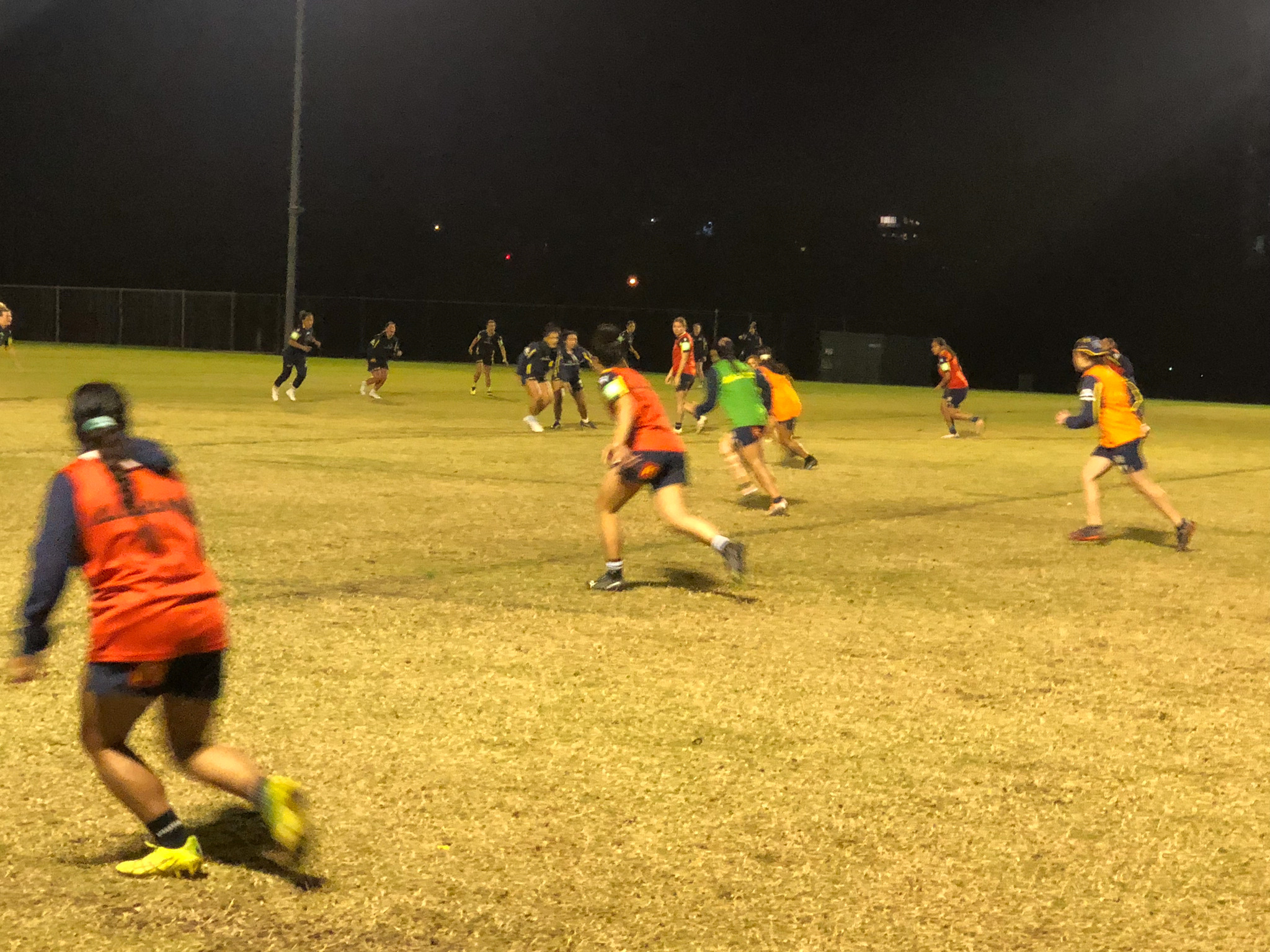 That energy was also reflected in the support play. Both opposed sides capitalised on line breaks by backing up the ball runner to convert the chances into tries.

Before and after training, I was fortunate to be given the opportunity to speak with a number of players and staff, and the positivity in the group was palpable.

My thanks to the Eels and everyone involved with the Parramatta NRLW team for the access to be able to write this report and for making me feel so welcome.

Bring on the Roosters!

Waiting for Tess Staines to get her chance..,She CAN play…

I was surprised that Maddie Studden didn’t get resigned. Any idea why ? That means we have lost both halves from last season.

Correct Spark. I think they are looking at something different from around the halves. In fact, given the injury to Bo, it will be an entirely new spine.

That’s a shame. Maddie was recently an Aust rep and one would think she hasn’t lost those skills.