How should we view this game?

Was it a game that Parra shouldn’t have won but stole at the end?

Perhaps it was a game in which the Eels showed good grit and grind to get a deserved two competition points?

Opinions have vacillated between these two perspectives since the final siren, so I’ll let you answer that question for yourselves.

What can’t be denied is that the Manly side had the better of the first half and once again the Eels were looking shaky in the first 20 minute period.

A disallowed try to Clint Gutherson set the Eels back a bit and it took them a while to regain focus. The attack looked pedestrian and there were fears of another poor performance against a less fancied opponent.

But after the break, the return of Mitchell Moses from the sin bin ignited the Eels, and the team proved that they can play a full 80 minutes to earn a victory.

So let’s look at the numbers from this Eels win against an old foe.

Possession was split 50 50 with both sides having a high completion rate despite the weather conditions.

In an impressive handling display in the wet, the Eels completed at 88%, (35 sets from 40) with Manly completing at 82%.

Time wise, the Eels held the ball for 43 minutes, including 17 and a half minutes in Manly’s 20 metre area.

Parra’s second phase football was on song, getting 21 offloads away. Ryan Matterson led the way with 6 offloads of his own.

Four line breaks were made by the Eels with Hayze Perham making two line breaks in scoring his two tries.

Gutherson celebrated his 150th NRL appearance by leading the backline run metres with 158, followed by Will Penisini (134 run metres) and Bailey Simonsson with (122 run metres). 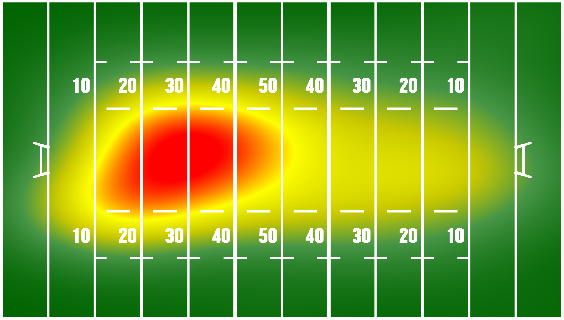 Although the Eels were made to work hard to get out of their own end, the heat map demonstrates that they were still able to gain some good yardage well into the Sea Eagles half.

By way of a comparison, I’ve included Manly’s heat map to demonstrate how the Eels were able to hold down the Sea Eagles in their own end. 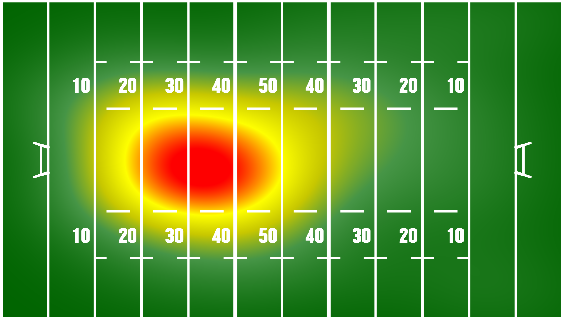 This is a fine effort from the Eels defence. 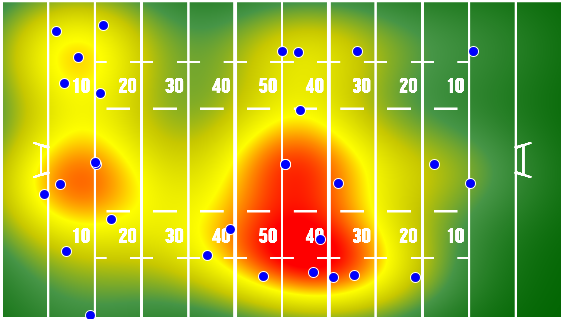 The Eels had plenty of opportunities to inflict more points on the Manly side. But at times, the Eels attack looked a little lost and opportunities closed quickly. Mitchell Moses only had 2 runs for 11 metres in this game.

I would have liked the Eels halfback to run more at the line, using his guile to set up more scoring plays.

Parra made 348 tackles with 24 missed tackles and 11 ineffective. This produced a tackle efficiency rating of 91%.

This weeks top tacklers were Reed Mahoney with 41, Shaun Lane 40 and Isaiah Papali’i 34.

Besides not giving away a set restart in the match, the Eels conceded zero penalties in the second half (though they had to win a challenge over a crusher tackle ruling).

In contrast, Manly game away six second half penalties.

Perhaps the Sea Eagles should look at their own discipline before blaming the referee.

It’s been said he’s in career best form. His play over the last couple of months places him amongst the leading forwards in the NRL, either as a starting or a bench forward.

I speak of Ryan Matterson.

These are his numbers in what was another superb performance.

Just a note on the referee debate.

In reality, a referee call rarely decides a match. They will make mistakes, just as a team will make mistakes. But some coaches are more than willing to identify referee errors rather than poor discipline, dropped passes or missed kicks. A team has 80 minutes to win a game. It’s up to the team to win it.

There are also too many ex-players and commentators in the media and involved in clubs that are driving this agenda to suit their club.

They should know better. Referees give bad calls. It’s been happening since 1908, alongside many more errors from players.

The Eels now head to the nation’s capital against a Raiders outfit who are now looking a much better side. The Eels record in Canberra isn’t great. One win from the last 10 starts will attest to that.

Let’s aim for another 80 minute gritty performance from the Eels in what is a critical match heading into the bye.

Great read Colmac well put together. Our best defensive effort for a very long time all without a Defence coach… Some teams are coached to give away penalties and six agains to allow a rest. We seem to be coached to not give away penalties and six agains. Our play the ball speed was nearly 4 seconds. Manly were just laying down all day long. Haslers post game spray backed up by his media mates was a warning shot to MRC. To ensure his players get off easy. He’s always been a master manipulator. Manly with a sense of entitlement… Read more »

Pete, that presser from Des was a disgrace. As you say, the Eels have been coached to be a well disciplined team. Manly, to push the bounds, and he’s blown up that it didn’t work out for his team.
he was lucky that the officials didn’t hit them with more penalties.

For every time Cummins whistled Manly in the first half he probably did so after being soft on them. He dead set let the second half move along and Manly benefitted, the bunker called the Perham head shot. The Tapau tap on RCG’s nose has been a penalty all year by either ref or bunker. Just saying, not whingeing (we won). Cummins was trying to keep a great game flowing but got pushed by Des’s men. He has been a lot more balanced with us since Jarryd Hayne hasn’t verballed him, he took a few years to exorcise that gig.

Agree wholeheartedly BDon. There was a chasm between the discipline of both teams.

Great point re a refs call and the result of a match. Coaches (and supporters) do often use such calls to distract from mistakes made by the losing team by blaming the ref. It is why I like BA’s approach by not buying into such arguments and putting the onus on the team being responsible for the result.

Shaun, even recently (Panthers game?) BA refused to be drawn into public criticism of the refs. He said something like players and coaches make mistakes too. I’ll admit to having some matches where I’d like him to speak out, but I’m glad he doesn’t.

Which is a great indication of BA’s character. Maybe Gol can also research penalty counts in the games after a team complains about the ref.

Over to you Gol 😁

The run metre heat maps tell a story!
Surprisingly good defence by the Eels, high completions and discipline won the game.
1 win from the last 10 starts suggests the Eels are due!!

I love the heat maps DDay. Adds another perspective.

Embarrassing comments from Josh Aloiai today, sounding like a disgruntled fan instead of a professional footballer. Is it only coaches who aren’t allowed to abuse the refs? While we as fans are entitled to dissect refereeing decisions, I’d be disgusted if one of our players came out with “ref’s fault”, rather than examining what was in their control and what they need to do better. Truth is, decisions went both ways. Truth is, they had chances but botched them. Teams are going to keep trying those slowing tactics on us, because they do work if the refs allow it. The… Read more »

There’s a part of me that’s smirking when I see/hear players making such complaints. It means that they are looking for excuses. It’s all very well for fans to have a whinge, but once it becomes a chorus of players and coach looking for excuses, it’s not heading to a good place for a team.
And that’s now Manly.

I had not seen that quote from Aloiai. Just making excuses for their lack of discipline. If you watch Jake Turbo he has turned loitering into an art form. On BA all is quiet now and so it should be. I only bring this up because it is topical. In the past those criticising BA have often suggested Holbrook as an alternative to BA. This is where all these critics are led around by emotion and agenda without being objective and analysing their thoughts. I read David Riccio today and he has spoken to Titans about whether Holbrook is about… Read more »

I just read Paul Kent’s comments on NRL 360. He says that Halslers comments at the presser is to get a better shake, 60- 40 in the future.